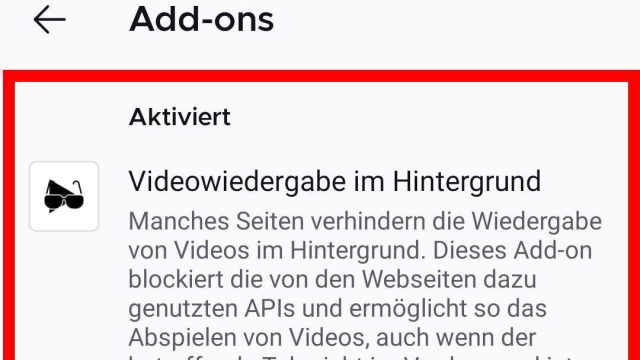 A mobile browser is an alternative to the YouTube app for Android. However, you shouldn’t use Chrome as it shows the same behavior as the Youtube app. A better choice is Firefox. As usual, the Mozilla browser can be installed easily and quickly via the Google Play Store.

After that, open Firefox and navigate to the Youtube page. Now tap on the three-point icon at the bottom right and activate the entry Desktop website in the menu. The display then changes accordingly because you have left the mobile view. Now when you play a video and switch to another app, the playback no longer stops.

Of course, the display as a desktop page takes a lot of getting used to, especially on smartphones. That’s why we recommend an add-on that allows you to keep the mobile view. The feature you want is provided by an extension called Background Video Playback.

To install the little tool, tap the three dots in the bottom right corner again in Firefox. Then select Add-ons from the menu. In the list that appears, scroll down to Background video playback and tap the plus sign next to it.

In the dialog box that Firefox now displays, you will find the add-on’s requested permissions. If you agree, tap the Add button. You will then receive a confirmation that the extension has been added. You can still activate the checkbox in this window so that the add-on can also be run in private mode. Finally, confirm the dialog with the OK button. You can then find the added tool in Firefox under the Add-ons in the Enabled section. 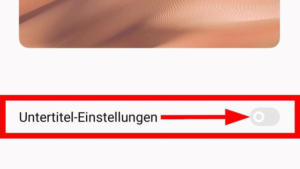 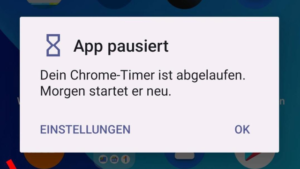