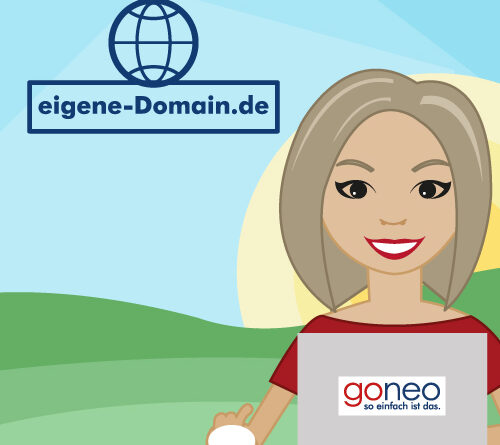 The holiday season is slowly coming to an end, schools are starting again and many are returning to their desks.
The last two episodes, numbers 45 and 46, dealt with constant improvement processes (keyword Kaizen). What is Kaizen? More about Kaizen here on Gründerszene.de. We presented starting points and a possible implementation for typical to-do’s in online marketing (SEO, PPC and content marketing…) with the help of a database.
In Episode 47, we talk more specifically about two important changes that users of the content management systems WordPress and Joomla can expect.

You can find more information and show notes here.

WordPress is courting users for the Gutenberg editor

Many WordPress users are familiar with the discussions about the new editor called Gutenberg, which is intended to replace the old standard editor. Anyone who has the latest update on the server or web hosting account (WordPress 4.9.8) will see that the dashboard now clearly advertises installing Gutenberg.
You can now do this more or less safely. There are of course many different constellations and not all of them will be compatible. Normally, however, to put it mildly, Gutenberg will work just fine.
For many, the question of how Gutenberg behaves with existing posts that have been created with the previous editor is exciting.

The main difference is probably that the Gutenberg editor works block-oriented: Previously, a post was considered the unit to be edited or edited. Of course, you could structure the post with headings and paragraphs, enrich it with media (embeds). But now a post (or page content) is divided into blocks. This changes the way you work: With Gutenberg, you add a new paragraph of text to a post as a new block. If you write a new post with the Gutenberg editor, a new block is started when you press the Enter/Return key on the keyboard.
An advantage of working with the blocks is that these blocks are held together as a unit. It’s easier to reuse, move, and delete them altogether. Now you can relate some text formats to a block, for example use a different font size in blocks. This was previously possible, but you had to use plugins or shortcodes. Now things like that are easier to do.
There are many block formats, such as for text, for layout, i.e. tables or formatting, widgets, embeds with different characteristics. This gives authors many new design options for creating articles.

Are web designers losing jobs because of Gutenberg?

So far, web designers or WordPress specialists often had to be commissioned to implement a new format such as a column-by-column arrangement. This was and remains one of the major points of criticism from the community. Many freelancers made a living from such work.
Sure, the switch to Gutenberg requires a small adjustment, but it’s not a real break. Extensive training is actually unnecessary. Gutenberg is sufficiently self-explanatory. The look and usability are also more than satisfactory. WordPress users should get along intuitively with the new editor.

Authors can use a bit more presentation styles with Gutenberg. The websites that are now created with WordPress may become a little more beautiful or aesthetic.
On a typical WordPress blog with a handful of plugins and customizations, including table press and shortcodes extensions, forms, Gutenberg runs fine, coexisting with old posts seems okay.
You can edit old posts with the old editor or with the new one. This can be decided on a case-by-case basis. If you call up an old post or page with the new editor, you will see the previous content as a block. This block can be edited and you can add more blocks. Either an HTML-like or What you see is what you get view is possible, as before.

Working with Gutenberg is smooth, even on old office computers. There is still a problem or inconsistencies with the multi-column feature. However, it also says “Beta”. Gutenberg is probably not considered completely finished yet.
The transition to a new editor, Gutenberg, is quite smooth. Many installations and also many users will get along well with it immediately. Perhaps this will give the open web a new impetus: you can easily implement new things again. For a long time things didn’t look so good with the WWW, because self-taught people or lone fighters could in principle access HTML5 and new CSS features. But things also got more complex, not so quick to implement and many new libraries and frameworks were thrown onto the market. So while new possibilities were there, they were often unattainable in practice, at least not for those who couldn’t go that deep as a web designer or developer.

If you want to continue using the editor you have been using up until now, you can install it as a plugin in the future

According to WordPress, version 4.9.8 is the last version before the new editor was integrated into the core, i.e. into the WordPress standard. New installations and new upgrades will include Gutenberg by default starting with WordPress 5. If you prefer to keep the old editor afterwards, you have to install it as a plugin.
The WordPress organization pushes Gutenberg a lot. This editor was also partially enforced against resistance from its own community, more or less “from above”. However, the result shows that a forward-looking feature has been integrated.

Will WordPress spread even further thanks to Gutenberg? Probably yes.

It is therefore also to be expected that WordPress will further expand its distribution rate from the current 30 percent. WordPress goes a bit in the direction of the approaches typically taken by site builders (“homepage builders”).
With this development around WordPress, one also wonders whether this system for creating web content will then dominate the WWW in the foreseeable future. There are other content management systems based on open source. These days version 3.9 of Joomla was released. The release of a new main version is planned for 2019. That will then be version 4.

The same goes for another system, Joomla

For the rest of the current year, in addition to an alpha version that already exists, a beta version and a release candidate are planned.

The big innovations in Joomla 4 are said to be “final” improvements in routing (speaking URLs, which is more SEO-friendly) and the integration of programming interfaces. Joomla gets API features that allow you to create, edit, delete articles without the PHP frontend, for example. Joomla also speaks of “hyper media” in this context.
New info about Joomla 4:
https://www.joomla.org/announcements/release-news/5736-update-on-joomla-4.html
This is how the roadmap for Joomla 3.9, 3.10 and 4.0 is intended:
https://www.joomla.org/announcements/release-news/5731-joomla-3-9-and-joomla-3-10.html

listen:
These are the topics in episode 46 in the goneo webhosting/webmaker podcast

Episode number 47 (10.8.2018) is about these topics, further development and outlook for WordPress and Joomla.
The goneo web hosting/webmaker podcast is aimed at SMEs, medium-sized companies, freelancers, employees in small organizations or the self-employed who want to run a website, do e-commerce and get ahead, want to make money or generate leads, acquire customers.
The podcast is available on Apple iTunes, Stitcher and a dedicated website that was created using the open-source tool Podcastgenerator. Of course, the podcast can be subscribed to with any podcast application (Podcatcher; here is a compilation on podcaster.de) via RSS.