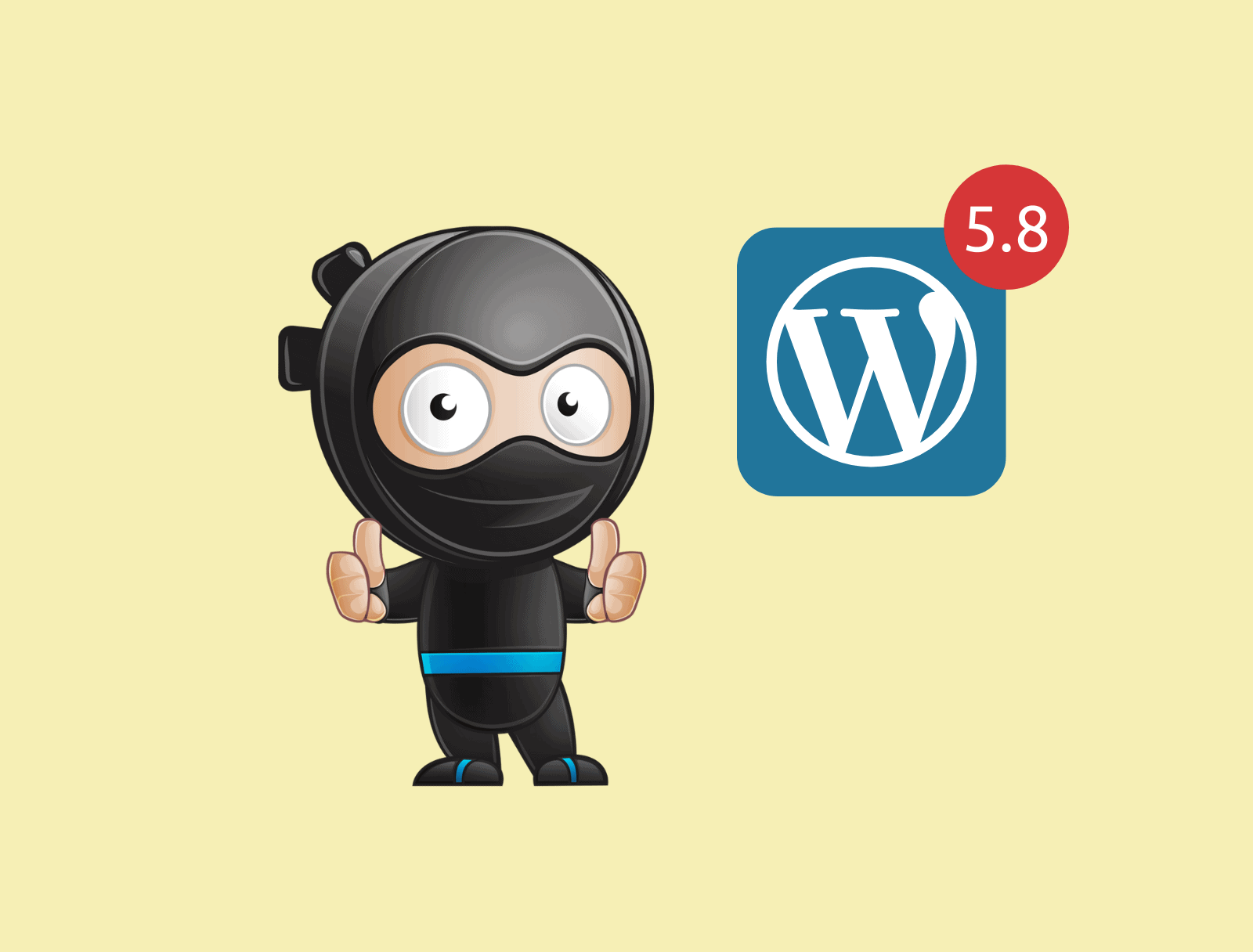 With WordPress 5.8 there are a few small but worth knowing changes, big steps towards full-site editing, further improvements to the Gutenberg editor and an important leap in image format support.

Here are the key changes you really need to know about.

A big step towards full-site editing is introduced with the new editing of widgets.

It’s time to say goodbye to the familiar widgets and celebrate the arrival of blocks in widget areas.

As of WordPress 5.8, the widget areas can now be fed with blocks and operated like the Gutenberg editor. This opens up new possibilities and, above all, gives you more leeway when customizing your widget areas.

I think that’s fantastic. The previous widgets were now more than just old-fashioned and also hardly offered any options for customization.

Should you encounter any problems, for example if your theme has problems with these widget changes, you can use the Classic Widgets plugin to switch back to the old view. We are already used to this from the Classic Editor Plugin. The plugin is expected to be supported until 2022.

However, I would recommend that you only take this step if you have technical problems and otherwise get used to the new interface.

WebP is an image format that has approximately 26% smaller file sizes than PNGs and 25-34% smaller than comparable JPEG images.

Previously, plugins and server settings had to be added to get the WebP format running on WordPress websites (I had previously done this with the Shortpixel Optimizer Plugin and RAIDBOXES), from WordPress 5.8 the format is finally supported natively.

WebP is supported by most browsers, so you don’t have to worry on that front.

You still have to convert the images to WebP, WordPress doesn’t do that automatically for you. The plugin mentioned above and the free “Shortpixel Optimizer” can do this for you.

Minor changes to the media library

The media library no longer has infinite scrolling, but relies on a “Load more” button

There are only two small changes in the media library.

The first relates to the fact that infinite scrolling (scrolling down automatically loads new images) has been removed and replaced with a “Load more” button.

Each “page” is displayed with 40 media and each click on the button ensures that another 40 media are loaded.

The main reason for this is accessibility, since such a button simplifies operation with screen readers or just the keyboard, or makes it really possible in the first place.

The other change is incredibly useful:

After uploading a new file via “Media” -> “Add file”, a small info box is now displayed directly, from which you can copy the URL of the uploaded file directly.

After uploading a file via “Media” -> “Add file”, the URL is displayed and can simply be copied

I love this little innovation, because I’ve often been annoyed at having to click on the medium after uploading before I could see and copy the URL.

Improvements & innovations in the Gutenberg Editor

The Gutenberg Editor is constantly being further developed. WordPress 5.8 adds some useful features and a small (but potentially useful) gimmick.

Let’s start with the gimmick.

A duotone effect can now be added to Image Blocks. The duotone effect allows you to choose two colors or eight of the included templates to edit the image with.

This can create an artistic effect. As I said, this is a nice gimmick and some people may be happy about it, but in practice this effect will probably only be used by a small proportion of users.

Navigating in nested blocks used to be very annoying. One hardly managed to select the desired element.

That’s changing now, because as of WordPress 5.8, when you select a block that sits inside another, there’s an icon with two nested squares. If you click on it, the block or group above it will be selected.

As soon as you move the mouse over the icon, the surrounding element is shown with a blue border.

There are a few new blocks in Gutenberg Editor. Most of these aim to prepare for full-site editing and let you easily insert global elements.

This includes the following new blocks:

The most interesting new block for me is the “query loop”.

It sounds a bit cryptic, but there is a simple and important function behind it:

With the query loop block you can display a filtered selection of posts and pages in different representations.

You can display the pages and posts in various pre-designed layouts. You can determine the number of elements shown yourself, as well as many other parameters.

With the filters you can, for example, determine that only posts from one or more categories or from a certain author are displayed. You can also change the displayed order and much more.

In the further development of the editor, the loading time was also tightened. In order to be able to determine differences here, the developers carried out a test with a contribution comprising 36,000 words and 1,000 blocks.

While that’s not the normal number of words and blocks we’re working with, it’s a good representation for load time testing.

From the last Gutenberg version (10.7) to version 10.8 delivered with WordPress 5.8, the loading time was improved by one second in this test:

If you’re just starting to delve deeper into the Gutenberg Editor, take a look at my beginner and advanced guide:

Of course, many changes also happen in the background. Here are three more innovations that will certainly be of interest to some readers:

The publish dialog has been visually revised

If you want to publish a page or a post, the so-called “Publish dialog” appears in the right sidebar of the Gutenberg editor.

This display has been optically revised again. You can set the visibility and the publication date here.

According to Statista, Internet Explorer’s market share in May 2021 is less than 1.5%. This number will certainly continue to fall in the coming months.

Nevertheless, there may be target groups that still work to a large extent with Internet Explorer. If you suspect that you are addressing such an audience, the best thing to do is look at your analytics data. If your guess is correct, you should check with every update if everything still works fine with IE 11.

What change, tweak or new feature are you most excited about? Is there anything you don’t like at all? Let me know in the comments! 🙂