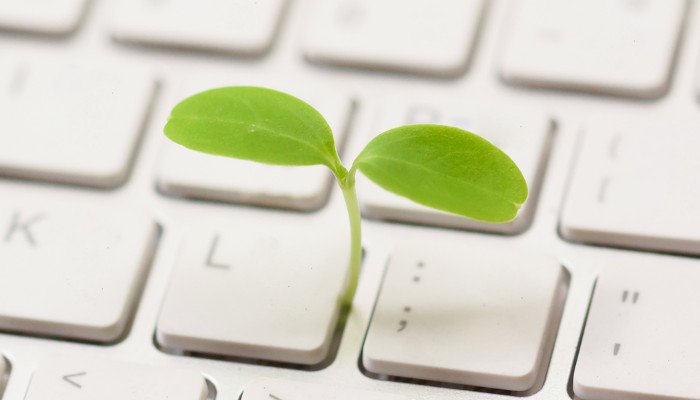 Produce less waste and save energy: This is what German users also want in the digital sector. They are developing an increasing awareness of digital climate protection and want to focus more on refurbished products in the future. It’s a good thing that there is already a thriving market for used software and therefore green software licenses.

It doesn’t always have to be a new device: 50 percent of Germans can imagine buying a refurbished product in the future, according to a recent study by the industry association Bitkom. One in eight has already done so, among 16 to 29 year olds even one in five. Refurbished devices are used, but have been professionally processed and are as good as new. They are cleaned, tested and usually resold by the dealer with a guarantee. If you don’t necessarily need the latest smartphone, tablet or laptop, you get a good, significantly cheaper and, above all, more environmentally friendly alternative. Because the longer the life cycle of a product, the better its CO2 balance and the less waste it generates.

This applies not only to computers and mobile devices, but also to software, according to Professor Dr. Michael Eßig, Chair of Business Administration at the University of the Federal Armed Forces in Munich and who teaches at the Universities of St. Gallen and Vienna, among others: “It would be wrong to believe that the creation of digital products does not require any resources. The opposite is the case. The Federal Environment Agency determined this back in 2013 in a study on the subject of green software. What could be more sustainable than recycling products that are still fully functional?”

Climate protection is an issue that concerns us all. Used, refurbished digital devices and used software make a valuable contribution to this. While the refurbished market is just emerging, the trade in used software licenses has been thriving for a long time. This has also increased again in recent years, and many companies and authorities have already recognized the advantages of used software. In addition to the aspect of sustainability, cost savings and meeting needs play a central role here. Even current versions of used standard software such as Microsoft Office are available on the secondary market for up to 50 percent less than new. If you choose a predecessor, you can save even more.

So it’s worth first checking the range of functions you actually need. Office 2019 or 2016 is often sufficient for day-to-day business. Authorities are even explicitly obliged to take into account needs-based procurement – ​​and since January 2022 also climate protection – when purchasing. This is what the new administrative regulation “AVV Klima” stipulates. The Federal Ministry for the Environment, Nature Conservation, Nuclear Safety and Consumer Protection is also committed to more sustainable digitization at European level under the banner of the Digital Green Deal.

There is another important reason that speaks for used software: the much-vaunted digital sovereignty. Numerous experts and politicians have already warned that there is still room for improvement in Europe. For years, companies and government agencies have made themselves dependent on the products of a few large, mostly US manufacturers. The situation is getting worse with increasing use of the cloud. In addition to the well-known lock-in effect and the loss of data sovereignty, Professor Frédéric Jenny, Chairman of the OECD Competition Committee and Professor at the ESSEC Paris Business School, recently showed other unfair ones on behalf of the Association of Cloud Infrastructure Providers in Europe (CISPE). practices of cloud providers. If customers no longer own their software but rent it as part of a subscription model, manufacturers can more than ever unilaterally dictate prices and conditions. This can be prevented with used on-premises licenses: You buy them once and can then use them as you want for many years to come. The manufacturer can no longer influence this. Incidentally, this also applies to the resale of the licenses if you want to move to the cloud.

The legal position is clear

Buying or selling used software has been perfectly legal for many years. The European Court of Justice (ECJ) already established this in a landmark judgment in 2012. The lawyer explains which requirements must be met and what one should pay attention to. dr Daniel Taraz makes it easy to understand in his guide Principles of Purchasing Used Software Licenses. In any case, it is advisable to work with a reputable, experienced used software dealer when buying or selling licenses. He knows the manufacturers’ complex licensing terms, handles the transaction in a legally compliant manner and assumes full responsibility.

Before making any purchase decision, it is worth carefully considering whether used or new licenses are the better choice. In some cases cloud services or new software make sense – in others not. A hybrid IT infrastructure is usually the best solution. Why always buy the newest of the new, even though you don’t need it? Why throw away something that still works well and that you could also pass on or resell? More and more people are asking these questions. According to the Bitkom study, awareness of the climate relevance of digital technologies is growing. Anyone who relies on used software is therefore right in line with the trend. Because it is more sustainable, cheaper and makes you more self-determined.