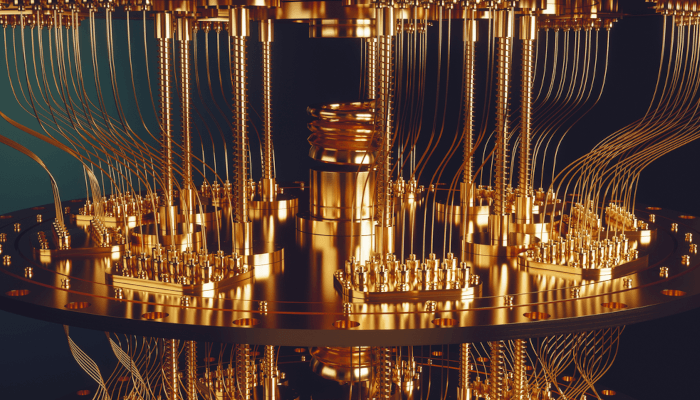 A Bavarian-Austrian study paves the way for a quantum-encrypted and thus tap-proof connection between different providers in several countries. Quantum technology can therefore make a significant contribution to secure national and European communication.

This is a central finding of the joint study commissioned by the Bavarian State Ministry for Digital Affairs and the Austrian Federal Ministry for Climate Protection, Environment, Energy, Mobility, Innovation and Technology. The aim of the Bavarian-Austrian study was to show the feasibility of a transnational quantum communication infrastructure (QCI) and to connect quantum-encrypted networks from different operators via appropriate interfaces. Until now, this form of interoperability was not possible, only networks of uniform operators could communicate with each other.

Bavaria’s Digital Minister Judith Gerlach explains: “Cyber ​​security is a permanent race against criminals and has become even more urgent with the developments of the last few days. In the future, for example, the current encryption methods for e-mails will no longer be secure. With our Bavarian-Austrian study, we explored new security options in the field of quantum technology and presented a roadmap for a cross-border “quantum internet”. This is an enormously important first step for building the Europe-wide encrypted communication of tomorrow. With the help of quantum technology, we are more than a quantum ahead of any eavesdroppers.”

The Austrian Federal Minister for Climate Protection, Environment, Energy, Mobility, Innovation and Technology, Leonore Gewessleremphasizes: “With Austria and Bavaria, two top European locations in the field of quantum-encrypted communication have set out together to take the first step towards a cross-border quantum communication infrastructure.”

Bavaria’s Science Minister Markus Blume says: “Cyber ​​security plays a major role in our free society. The most recent dramatic events show us that we have to be prepared for anything. With excellent research and training in quantum technologies, we create the conditions for innovative solutions at the universities in Bavaria. Quantum technologies are one of the key technologies for the future and an essential part of our high-tech agenda in Bavaria. The Free State is investing a total of 300 million euros in this future field.”

Bavaria’s Economics Minister Hubert Aiwanger adds: “I very much welcome this Bavarian-Austrian initiative. The Free State can already bring some experience to the project. We have been working with Saxony on a highly secure communication test infrastructure since 2019. The basis is quantum cryptography and quantum-based transmission systems. The Bavarian Ministry of Economic Affairs is currently preparing funding for quantum-safe connecting routes and laboratories in Munich, Nuremberg-Erlangen and Oberpfaffenhofen. These will be the germ cells for an innovative ecosystem. It therefore speaks for the high-tech state of Bavaria if such practice-oriented quantum research is now also being implemented across national borders.”

In the context of the EuroQCI initiative, researchers from the Max Planck Institute for the Physics of Light (MPL) in Erlangen and the Austrian Institute for Technology (AIT) in Vienna jointly developed a plan for a quantum-encrypted communication infrastructure across national borders, i.e with different operators and systems, could work in the future.

The study has demonstrated the feasibility. The next step, the piloting, would be one of the first transnational projects of this kind and a further step towards a tap-proof connection between all European member states. The present study thus represents an important milestone for a European quantum-encrypted communication network and outlines necessary standards and important questions that could be tested and answered in a joint Bavarian-Austrian project.