During the defense against the Russian invasion of Ukraine, the local IT industry is one of the country’s most important economic pillars. Many industrial production facilities have been destroyed, agricultural land cannot be cultivated due to Russian occupation or mining, but development and coding in the IT companies of Ukraine continues. Among other things, heise Developer wanted to know how the companies and employees are currently doing, what difficulties they are struggling with and how they are supporting their country. There is also the question of what IT specialists from abroad can do to support Ukraine.

Volodymyr Shymanskyy is one of the greats of the open source scene in Ukraine and has also made a name for himself worldwide with Wasm3. His best-known software works include Wasm3, the Arduino library TinyGSM and the IoT platform Blynk. Since Russia’s widespread war of aggression against Ukraine, he has created the StandWithUkraine repository – a collection of initiatives and information to support Ukraine. If you are looking for more information, you can find Volodymyr and his software projects on GitHub.

In the third part of the series of interviews that started in May, heise Developer speaks to Volodymyr Shymanskyy – a big name in the open source scene in Ukraine, who is also a co-founder of the IoT platform Blynk.

hot developers: How is the situation in Ukraine in early May?

Volodymyr Shymanskyy: I am currently with my wife and children with my parents-in-law in central Ukraine. The kids are playing outside right now. Occasionally there is an air alarm and then we bring the children into the house. Apart from that it’s ok. A lot of things are currently going as normal: you can go to the hairdresser, get a coffee and something like that.

You’re originally from Irpin, aren’t you?

Shymanskyy: Originally from western Ukraine, I lived in Kyiv for ten years and finally decided to move to a suburb of Kyiv, to Irpin. There is also a river of the same name. Irpin was great – a quiet town, nice people, that’s how we stayed and bought a house there about two years ago.

You posted pictures on your Twitter profile that your house including your lab was destroyed by the Russian attacks on Irpin.

Shymanskyy: The whole house burned down, completely destroyed. That’s sad because we only moved there a year and a few months ago. Now we have no home. We could rent a new house or apartment, but it’s not that easy to find something good these days and rental prices have also increased significantly. Luckily I am a capable person, have many friends and relatives and my business is doing well at the moment. I earn something, but at the same time I feel the need to support the army. So I donate and also support a bunch of projects like many people in Ukraine are doing at the moment. It is very time consuming and ties up a lot of resources. But in the end, life goes on because it has to go on.

For example, you develop Wasm3 and contribute to Blynk. Do you make money with this?

Shymanskyy: I have interests in several companies and am also one of the main founders of Blynk, so I work for Blynk most of the time. Blynk is an IoT platform that we launched in 2015. Our goal was to make iOS and Android app building accessible to all makers and builders. Software development is complex and you have to learn a lot of things before you can even get something up and running with minimal functionality. With Blynk, you can build an app for your smartphone, drag and drop controls into it, and then connect it to a hardware platform like a Raspberry Pi or Arduino. The functions of the hardware platform can be controlled via the smartphone app. This is interesting, for example, for children in IT classes at schools, for start-ups and for makers who want to accelerate and automate the development process. In 2015 it was a big thing and we hardly had any competitors in the market. There is now a complete Blynk ecosystem in place and we have many customers who source SaaS solutions from us. That’s how we earn our money. 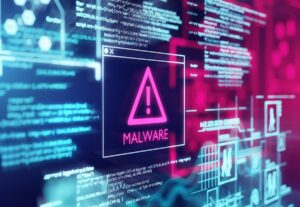