China’s semiconductor manufacturing is at a more advanced level than assumed in the past 12 months. This is shown by an analysis of a chip produced by the leading Chinese chip contract manufacturer SMIC: The application-specific integrated circuit (ASIC) from the company MinerVa uses significantly finer structures than SMIC’s previous manufacturing processes would allow.

Based on purchased ASICs, the Tech Insights analysis team comes to the conclusion that the manufacturing process used is largely similar to the N7 process of the Taiwanese world market leader TSMC. N7 is TSMC’s first 7 nm process, which is the last to do without extreme ultraviolet (EUV) exposure. All even more modern processes, including N5, depend on EUV lithography systems from the Dutch manufacturer ASML, which SMIC cannot get hold of due to export restrictions.

However, even without EUV technology, a 7 nm process that is ready for series production is a major milestone in China’s goal of decoupling its own semiconductor industry from other countries. On its own website, SMIC only states 14 nm technology as the latest manufacturing process, and the company also produces individual chips with an optimized 12 nm version.

Meanwhile, the similarity to TSMC’s N7 is no coincidence: For years, the chip contract manufacturer has been complaining about poaching from Chinese companies that attract engineers with a lot of money. Senior SMIC managers previously held senior positions at TSMC.

Meanwhile, the US government is said to be pushing for an extension of the Dutch export ban to China, which means that the supplier ASML should no longer be able to sell older immersion lithography systems to SMIC. SMIC needs these imagesetters to expand its own production capacity.

MinerVa has the MV7 manufactured by SMIC – a tiny and simple ASIC that only calculates SHA256 hashes and is therefore suitable for Bitcoin mining. The chip is not even 20 mm² in size and is therefore ideal for testing and improving a new manufacturing process.

SemiAnalysis shows a screenshot of MinerVa’s website, according to which the company has meanwhile advertised mass production since July 2021. Annual reports from AGM Group Holdings, one of the largest buyers of MinerVas ASICs, confirm that the Chinese company has been shipping the chips in high volumes since early 2022. 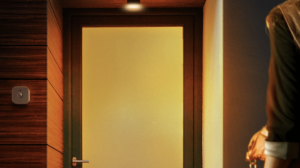 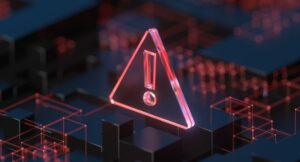