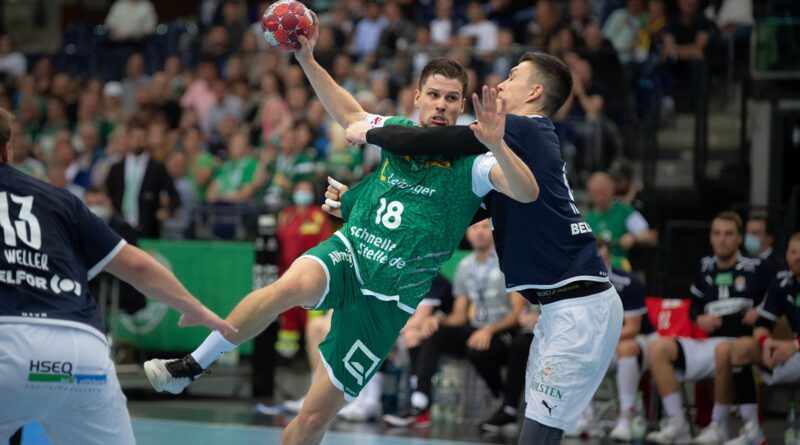 The handball players of the SC DHfK Leipzig go hunting for points again this weekend and meet on Sunday (throw-on 16:05) in the Hanseatic city on the Handball Sports Club Hamburg. This away trip brings back many positive memories for the club, fans and some professionals.

Since her Final Four participation in 2017 the Green-Whites are returning to the Hanseatic city for the first time. Almost exactly five years ago, more than 1,000 Leipzig fans traveled to Hamburg and experienced an unforgettable weekend. With Lukas Binder, Lucas Krzikalla, captain Alen Milosevic, coach André Haber and assistant coach Milos Putera numerous players were already there back then and, just like the Leipzig fans, will always look back fondly on the legendary cup trip.

On Sunday, however, the conditions are completely different. Instead of in the huge Barclays Arena, this time the game will be in the narrow Hamburg sports hall discharged. Instead of the German record champions THW Kiel at the time, the opponent is now the Bundesliga promoted HSV Hamburg. And back then, the Leipzigers, as the big underdog, had more than 10,000 fans on their side – this time the DHfK men are the favorites and will have to assert themselves against a loud atmosphere away from home.

The SC DHfK already felt how unpleasant the opponent from Hamburg is in the first leg when the Leipzig team in their home ARENA did not have a 27:27 draw got out. Even if almost everything is different from the last trip to Hamburg – the away game on Sunday afternoon will definitely be very interesting and exciting again this time.

All Leipzig fans who are not making their way to the city on the Elbe on Sunday can also follow the game live and cheer for it together. Sky and the DHfK fan radio of Leutzscher Welle broadcast the match live: www.scdhfk-handball.de/bundesliga/live-center/. the SPORTSBAR of the QUARTERBACK Real Estate ARENA invites the fans of the SC DHfK Leipzig from 3 p.m. to the DHfK men at the public viewing fingers crossed together.

“As of now, we can go to Hamburg with the entire squad. A new situation is waiting for us, because it is our first game in the Hamburg sports hall and only the second game against each other in the recent past. Hamburg is a team that is characterized by a very agile defense and a disciplined attacking game. I think we learned a lot from the first leg and I hope we can call in a very good performance on Sunday. If we can do that, we can also take the two points with us.”