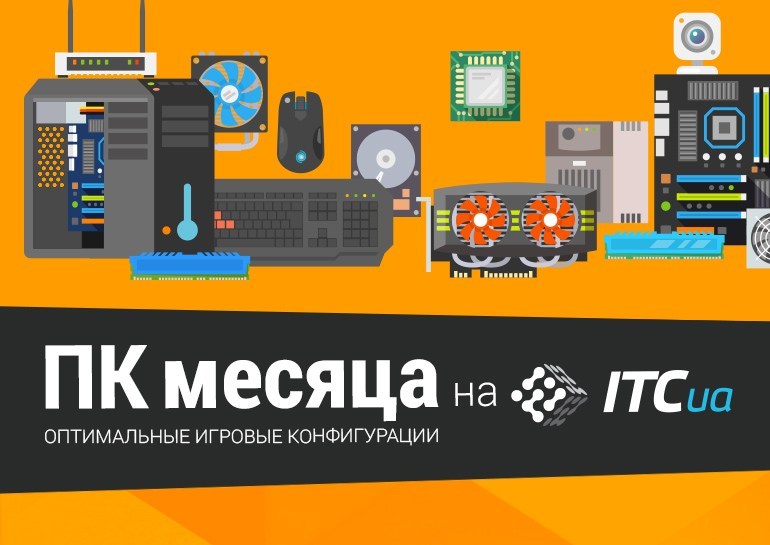 Greetings to all readers in the favorite heading “PC of the month”, in which we have made a few changes. In this release, we will be adding an alternative “Video card +” bundle (with a more expensive GPU) to inexpensive game builds.

We will assemble the “budget” September computer based on the hit Intel Core i3-12100F and AMD Ryzen 5 5500. 4/8 cores versus 6/12 cores – in fact, the processors in real conditions are quite close. Intel is better in many games, Ryzen is better in some work tasks.

A520 chipset motherboards are cheap compared to H610 competitors, which compensates for the difference in processor prices. We choose inexpensive RAM, but not lower than 3000–3200 MHz. A520 systems also support much higher frequencies, but a budget computer should fit its category, so we don’t spend more than $55-60 on RAM. Pay attention to the timings of RAM – ideally, choose models from CL no more than 18-20. 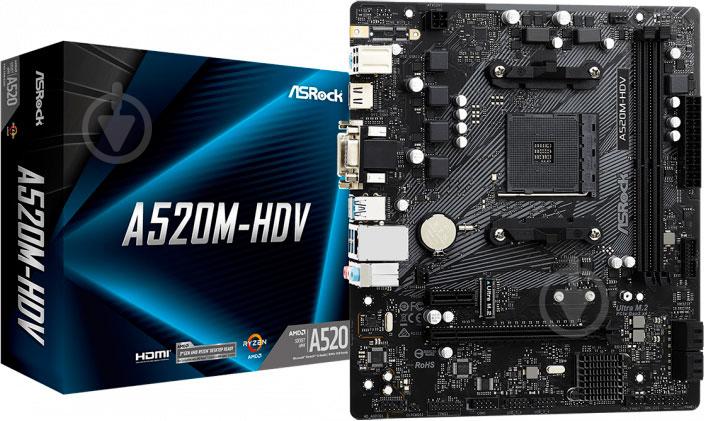 It is worth noting the huge disadvantage of the Ryzen 5500 and the cheapest boards for it. The specified processor and “boards” A520 do not support PCI Express 4.0. The H610 has no such restrictions, as does the Intel Core i3-12100F. This means that Radeon RX 6400/6500XT video cards will be much more productive on Intel systems. For those who do not know about the features of these models, they have a 64-bit bus and use only 4 PCI Express lanes out of 16 possible. Therefore, on computers with PCI-E 3.0 version, they lose the lion’s share of performance. 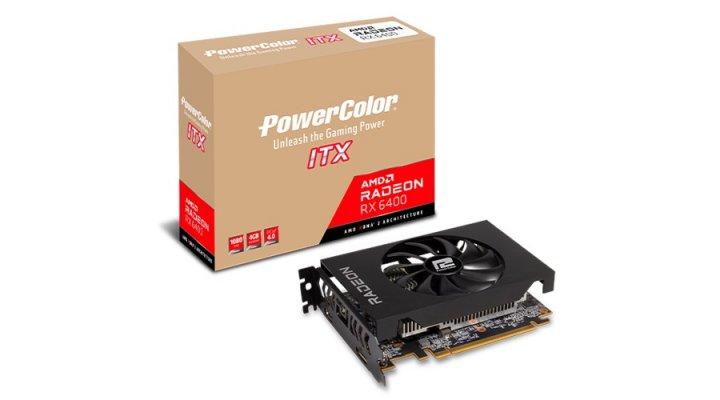 It’s not worth installing an HDD even in a computer for $550-600. They quickly lose their relevance. If you decide to deliver a 1-2TB hard drive, it is better to pay extra and take a larger SSD. For a budget build, we recommend a 480-512GB SATA SSD drive, which is enough for the system, programs, own files, and several games.

It’s not worth spending much on the case, as well as on the power supply for basic configurations. All of these video cards except the GTX1660 do not require additional power and “eat” 40-80W. The processors also consume little power, so a 400W PSU will be quite inexpensive. Together with the body, we easily fit into $ 60-65. 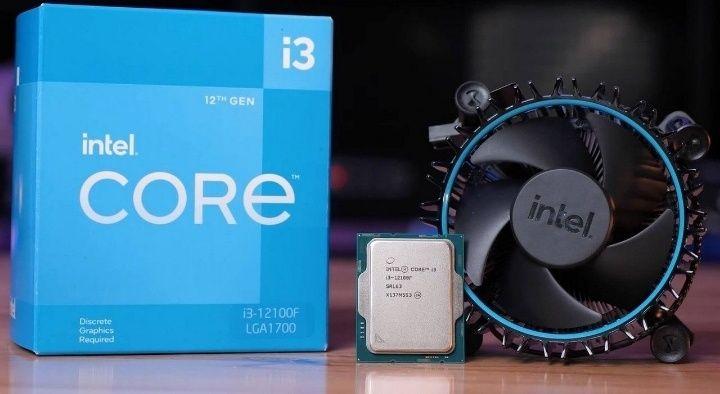 Cooling these processors is not difficult. In order not to waste money once again, we take the cooler that comes with the kit – a boxed one.

The “optimal” PC will include a battle of two six-cores. The popular and very productive Ryzen 5 5600X against the modern Core i5-12400F. The difference in price is minimal, and so is the performance. A perfect example of healthy competition in the market.

We will not save on the motherboard, but we don’t need extra expenses either. Therefore, we choose mid-range chipsets. On Alder Lake LGA1700, B660 boards are still expensive. We take a model with adequate power and radiators. V550 for AMD are more affordable. A good “board” can be found for 3000-3500 UAH. 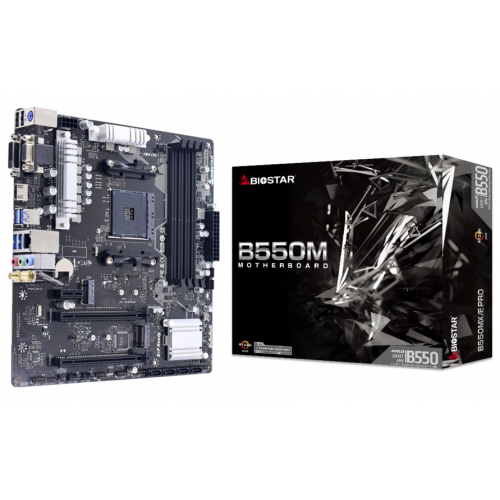 RTX3050 and RX6600 are included in the base package. These graphics adapters are very close in terms of performance and price. Fans of the “rays” will definitely accept RTX, and receive DLSS as a bonus. In some games, the Radeon will perform better. 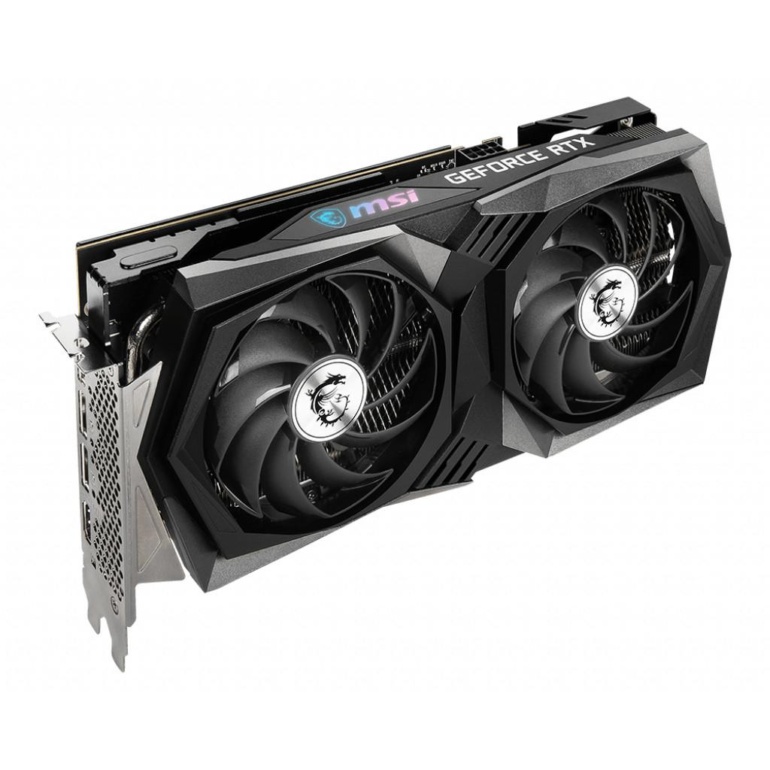 “Video Card+” will increase the budget of the entire PC by $200. RTX3060TI/RX6700 XT – These adapters are even suitable for 1440p extension, and owners of 1080p144Hz monitors will get a very smooth picture in most games. Together with good processors (12400F/5600X), this build can handle any modern game. It’s not cheap anymore, but the difference in power between the basic configuration is huge.

To save data, a 1TB disk will be enough. Select M2 NvME drives. Some M2 SSDs use SATA and are limited in speed, so we carefully choose a fast solid state.

You can fit all this into a medium or compact case (depending on which video card we install). The collection is not too demanding on the PSU, so a 500W unit with a bronze certificate will suffice.

A boxed cooler will be able to cool such processors, but the insane fan speed will always remind you of the saved thousand hryvnias. Any 150-180W tower is enough. We get quiet operation and adequate temperature. 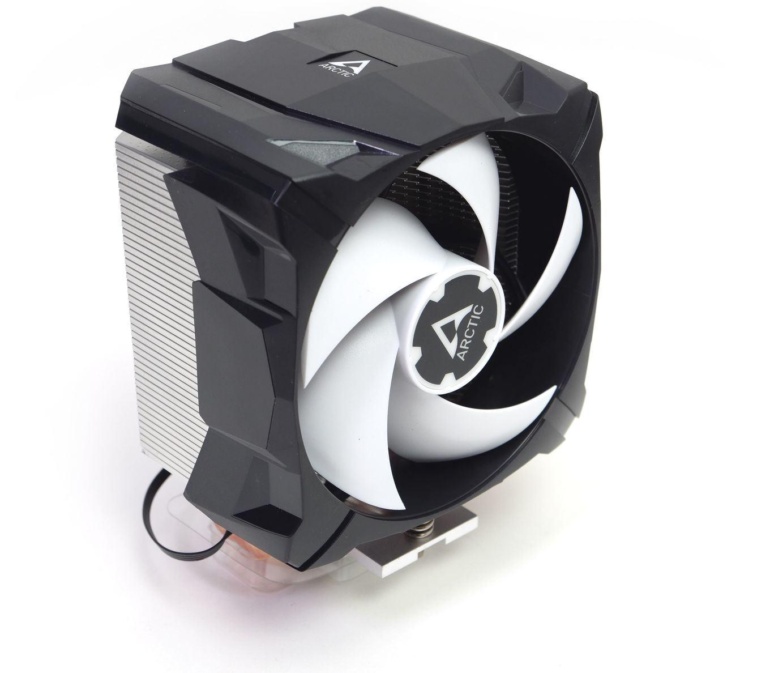 Skip the Progressive PC this month, but consider the Full Mince. Literally, “full”! This part of the article is devoted to the category of people who always choose the “Price Descending” sorting in the search on the site.

We choose an uncompromising option from Intel – i9 12900KS. The regular version of the 12900K may not impress overly demanding users. Moreover, we will squeeze all the juice out of the processor with the help of the motherboard and cooling. From AMD, the competitor will not be the Ryzen 9 5950X, which is used to being put on elite PCs. If a workstation were being compiled, it would take place. Therefore, for such a home-gaming “full stuffing” we choose Ryzen 7 5800x3d with a huge 96MB cache. It is this cache that allows it to compete with Alder Lake and demonstrate a decent result, despite the almost twofold difference in price. 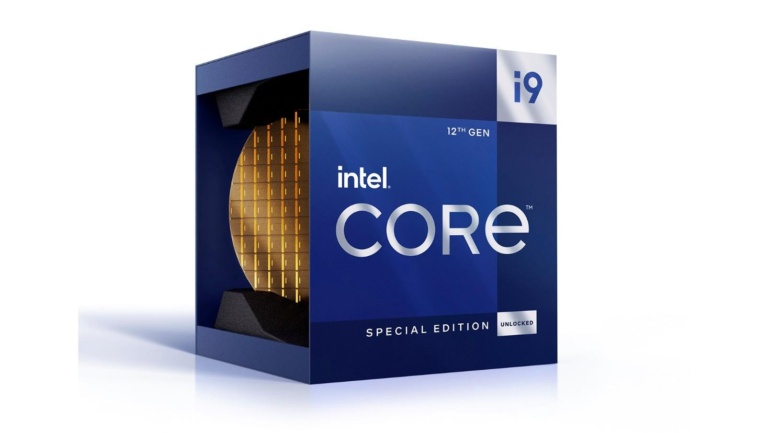 Putting such expensive CPUs in cheap motherboards is a shame. We choose flagship Z690 and X570 chipsets in top variations. For Intel, the power supply system of the board is especially important, because the CPU is quite “gluttonous” during overclocking. For Ryzen, we will not save either. Price segment $400-600 for main PC board. 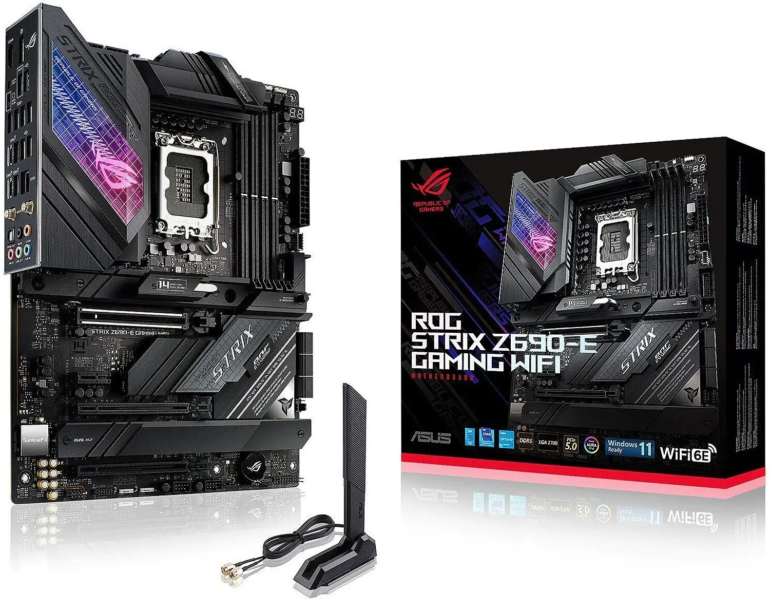 “Full stuffing” and 32GB of RAM are not serious. We take 4x16GB or 2x32GB modules at DDR4 4000MHz for Ryzen and DDR5 6000MHz for Intel. This will squeeze the maximum power out of each system. In the case of DDR5, you will have to pay twice as much, but this does not bother the future owner of such a computer.

With a video card, it’s a bit more complicated. It just so happens that the RTX 3090TI has no direct competitor in terms of cost and performance. The Radeon RX6950XT is slightly behind Nvidia, but the power difference is much smaller than the price difference. In any case, these are the ultimate graphics accelerators that allow you to enjoy the game in 4K or work in professional programs. 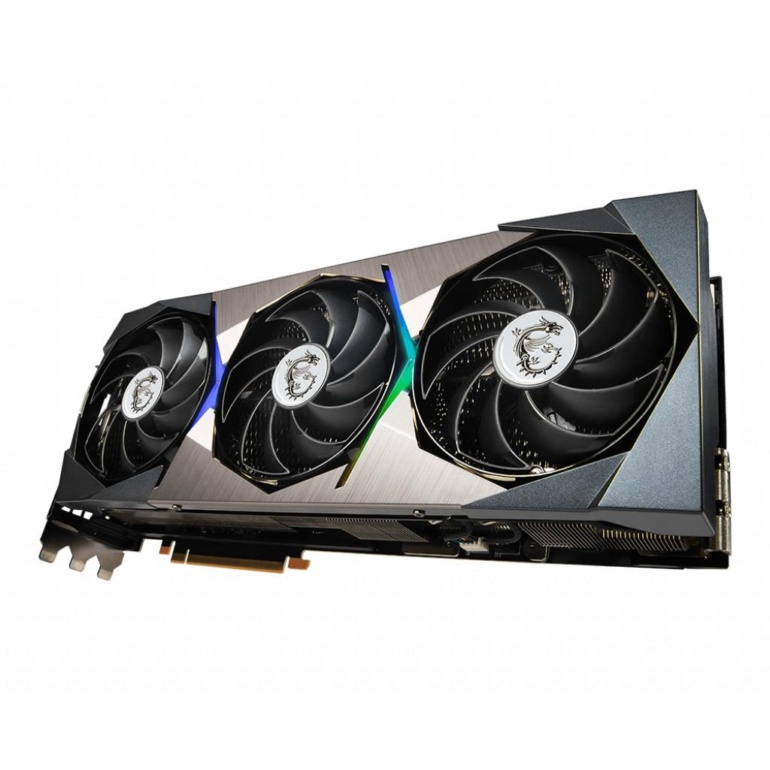 The flagship M2 PCI-E 4.0 with a read speed of 6500-7000 Mb / s will serve as a drive. Enough volume 2TB. “Full stuffing” is an expensive, but not wasteful build, so for storing additional media content or games, we add another mid-range drive with a speed of 3000 + Mb / s also at 2 TB. This volume is enough for demanding gamers or those who like to store more content without having to clean the disk regularly. 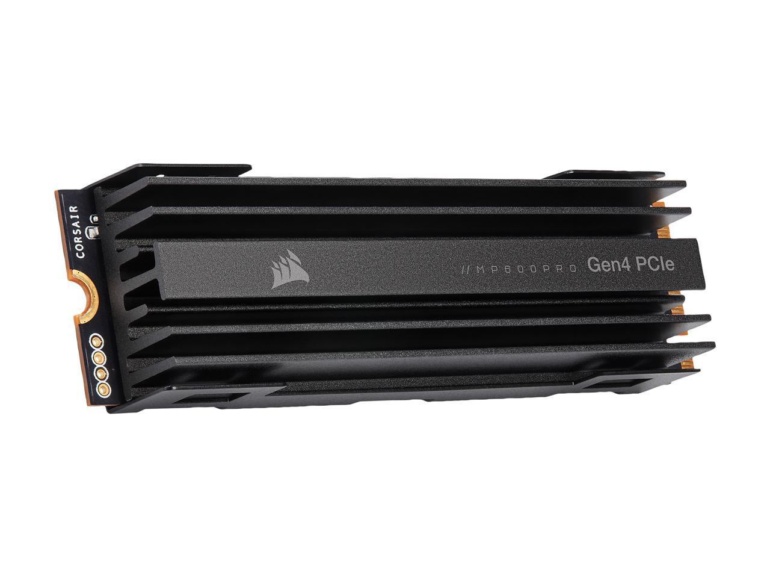 Such components should be stored in a large, beautiful case. A spacious Full/Midi Tower with a futuristic design will do. It is important that it has a well-thought-out ventilation system and a dropsy mount. We also add a 1000W 80 Plus Platinum power supply here. For the version with AMD + Radeon, such a PSU will be redundant, but 12900KS + 3090TI will make even such a monster work. 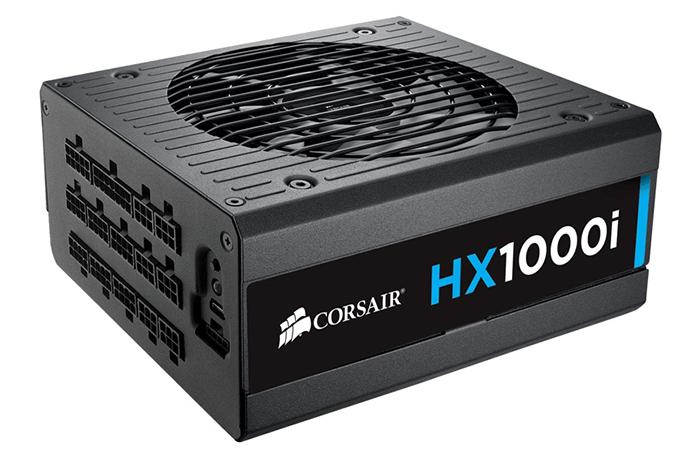 The same applies to the cooling system. The Ryzen 7 5800x3d is not as cooler demanding as the Intel 12900KS. But in a flagship computer, saving on a cooling system is unacceptable. We use “dropsy” on three fans.

Next month, we will slightly shift the configuration towards a lower budget and select components for the following computers: 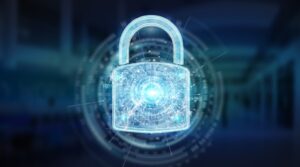 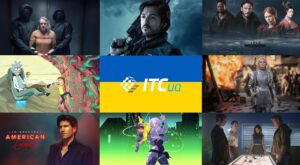