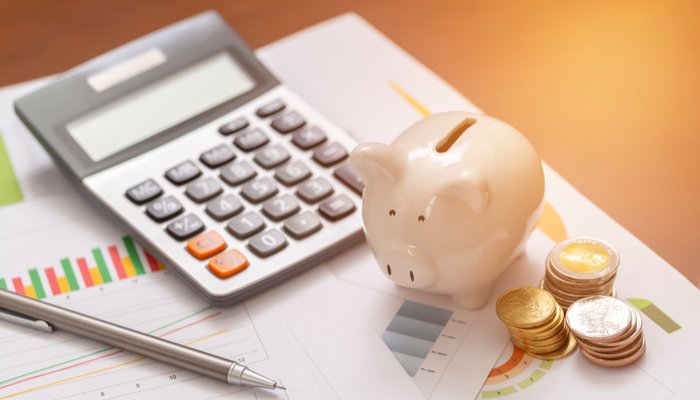 Due to the turbulence of the past few years, companies not only had to ensure an efficient IT infrastructure, but also increasingly had to consider the economic aspects.

In order to deal with the economic uncertainty when designing the IT infrastructure, companies are increasingly relying on flexible cost structures instead of high investments. Almost one in three companies would like to focus more on operating expenses, according to a new study.

On behalf of Infinidat, the research and analyst firm techconsult examined how German companies adjusted their IT strategies in the course of the pandemic and positioned themselves for the long term. A total of 102 IT and business decision-makers from companies were asked about their IT budgets and changes for the study that has now been published, entitled “Development of budgets and IT projects in German companies – how to deal with financial uncertainty when designing the IT infrastructure”. in the design of the IT infrastructure.

Strong focus on private and hybrid cloud as data storage

The pandemic has led to the massive use of video conferencing, home office and teleworking, which in turn has led to a dramatic increase in the volume of data generated and consumed worldwide and poses major challenges for companies. Company-relevant data must be made available worldwide and the storage capacity must be scalable when there is a high volume of data. In addition, 35 percent of the companies currently rely on the storage of data exclusively in a private cloud and 17 percent in a public cloud. In almost every second company, the hybrid cloud is used, in which both public and private cloud capacities are used in connection with local on-premises resources. The Hybrid Enterprise Cloud combines the best of both worlds. The private part offers control as well as data protection and data security. The public part of the cloud can provide quick access to certain services that are not easy to implement on-premises, such as B. special AI services.

Enterprises need to pay special attention to the private cloud part of the hybrid enterprise cloud in order not to get lost in traditional infrastructures characterized by lack of flexibility and high costs with little transparency. For the private part of the equation, they need to work with a provider that offers secure storage of mission-critical data with high scalability, a transparent cost structure, and flexible consumption models. In contrast, the public cloud offers a “one size fits all” model that can only be adapted to individual storage and computing capacity requirements to a limited extent.

Application modernization in the focus of companies

For a strategic positioning of the company, an efficient IT infrastructure is required, which should be constantly expanded. The area of ​​application modernization is rated as the most important IT project for companies over the next 12 to 24 months. For the modernization of the applications used, 42 percent are planning a higher budget in the current year. The second most important IT project in the coming years is the optimization of the IT infrastructure. Almost every second company plans to increase the budget compared to the previous year. Data storage and storage capacities are also required to optimize the IT infrastructure, which 71 percent consider to be very important. Around three quarters of those surveyed also rated the existing storage capacities as important for high performance. With complex infrastructures, sufficient storage resources must be available and assigned to the different applications and systems.

Companies are increasingly relying on plannable IT cost structures

The IT departments must counteract the changing requirements in the long term by optimizing the infrastructure. In addition, 40 percent of companies are planning to increase their IT budgets for the current year despite the pandemic. The budget increases planned for three quarters of the companies are up to 19 percent and one in five companies is even planning an increase of at least 20 to 30 percent. However, IT budget priorities have also changed. More than one in three companies would like to focus more on operating expenses in order to benefit from these performance-related and long-term plannable costs. This approach is particularly useful in the area of ​​cloud services, since no major investments in your own physical infrastructure are necessary and a plannable cost structure can be achieved. Overall, the change to an agile IT infrastructure with flexible usage models is becoming visible and could continue beyond the pandemic.

The study “Development of budgets and IT projects in German companies – Dealing with financial uncertainty when designing the IT infrastructure” was carried out by techconsult on behalf of Infinidat. A total of 102 IT and business decision-makers from German companies were interviewed and the answers analyzed. As a research and analyst firm, techconsult has been the partner for providers and users of digital technologies and services for 30 years. techconsult GmbH is managed by the managing partner and founder Peter Burghardt at the Kassel site with a branch in Munich.