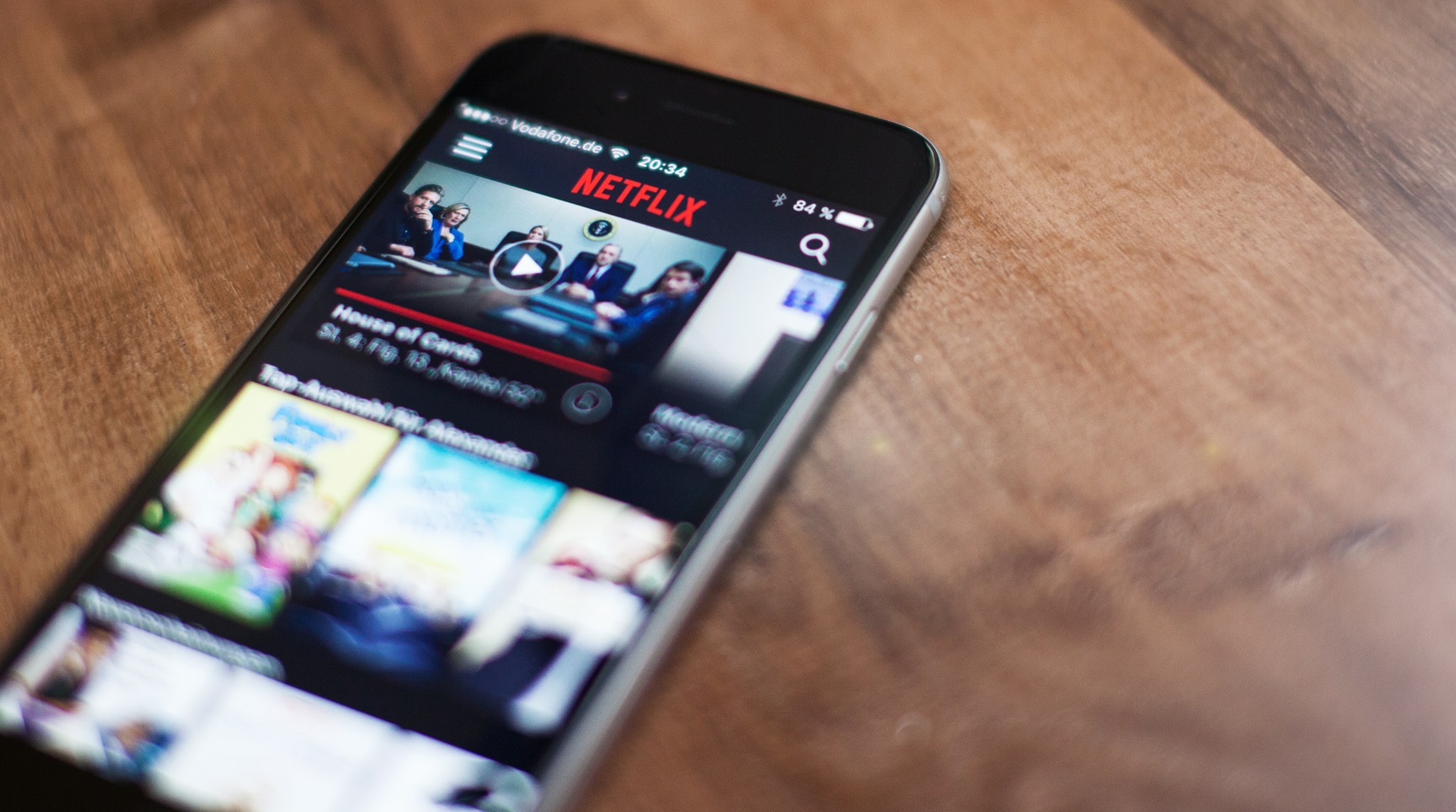 Game subscriptions, movie subscriptions, subscriptions for everything. Over the past 10 years, this way of earning has become very popular among large companies. And people love it. Is everything so smooth and why is this “digital slavery”? Let’s look at this problem through the prism of skepticism.

“Subscription (prepaid) is a business model in which the client must regularly pay an amount for access to a product or service. This model was first applied by publishers of books and periodicals (newspapers, magazines) in the 17th century.

Today, subscriptions have migrated to all possible areas of our lives. This is the way people consume most of the content. And this is quite normal, except that in the end the user is left with nothing. To understand the essence of the problem, consider the most popular types of subscriptions and their scope.

Amazon Video, Netflix, Disney, Paramount are some of the most popular online movie theaters with millions of viewers. They distribute content by selling temporary access to movies and series. For a nominal $10 or $20, a user can view a huge media library. Quite convenient and inexpensive. More expensive tariff – better image quality and more features.

In Ukraine, there are also many local services that work on a similar principle. The modern media space is built in such a way as to regularly “milk” the client in small portions, and not at a time for a large amount.

Do you want access to movies and cartoons? Please pay 200 hryvnia (conditionally) for the first month of use. Oops, sorry, football sports channels are not available in this package. Buy an additional package “Wooden ball” for 150 UAH per month.

The administrators of such services properly categorize content, which will make viewers spend much more. Large companies employ smart people who know how to stick their hand deep into the client’s wallet. 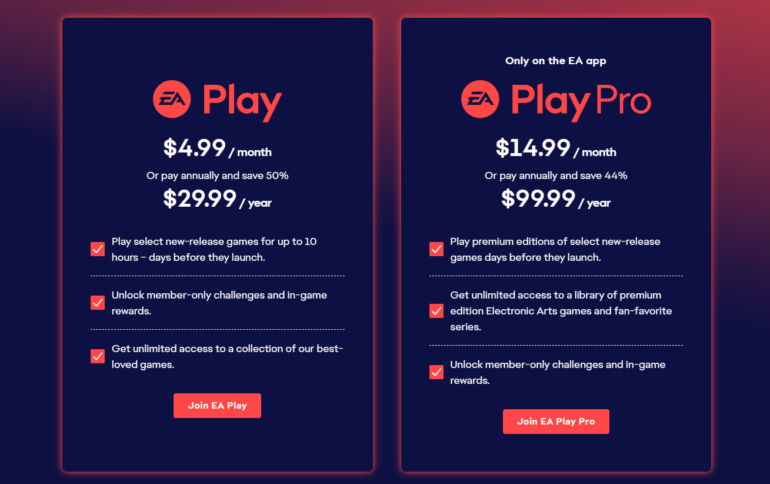 Pay a monthly fee and play as much as you like on a limited list of games. This type of subscription is available on phones (Apple Arcade, for example), computers. This also includes cloud gaming.

On computers, there is a separate type of perversion of subscriptions – a separate fee for one game. For example, World of Warcraft is the most popular classic MMORPG. To play a single 2004 game, a player must pay no less than what console owners pay for access to dozens or hundreds of video games. $15 a month is more than what Microsoft is asking for Game Pass Ultimate.

A subscription for games and consoles is not always the same thing. To access voice chat, Nintendo will have to make a monthly payment. Is this a mockery of the players or a forced step? The owner of the console can receive several games as a gift, temporarily. And do not rely on hit novelties. An exception might be the XBOX. Microsoft has a generous policy. They give more entertainment for the same price as the competition.

Why buy a subscription to the console if you already have a purchased game? Free online is an option not available to console owners. To play a purchased game with a friend via the Internet, you will have to spend another ten dollars. Without a subscription, cloud saves of the game will not work. A month later, again, then again. And it doesn’t matter if the user played twice in 30 days or sat around the clock. Expired – pay again. Free to Play projects can be played without a subscription.

Many games offer their internal subscriptions. Typical free F2P projects swindling funds from addicted players. The most common method is the BattlePass (battle pass). The player buys this battle pass, completes tasks, for which he receives game bonuses. 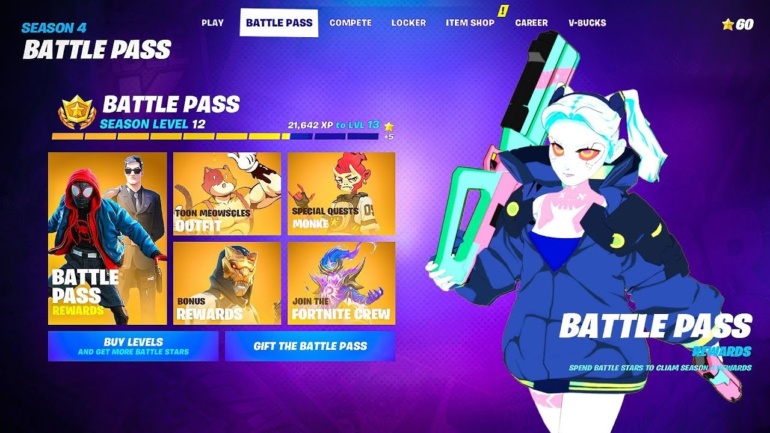 These can be low poly textures for characters, additional animations, etc. Against the background of such active subscriber players, console owners (with their subscriptions) look very economical and rational.

Relatively new type of subscription. The essence is simple: the client makes a paid subscription and receives free delivery for a certain group of goods in this store. Other companies only reduce the cost of delivery. It is quite profitable if you buy many goods in the selected supermarket. But this is just a cunning mousetrap that we easily fall for. This subscription contains customers without allowing them to move to another store. If a user sees a better price for an identical item from another seller, they will still buy here. After all, I already paid for the delivery with my subscription. An ideal scheme for extracting money from a client on his own initiative. 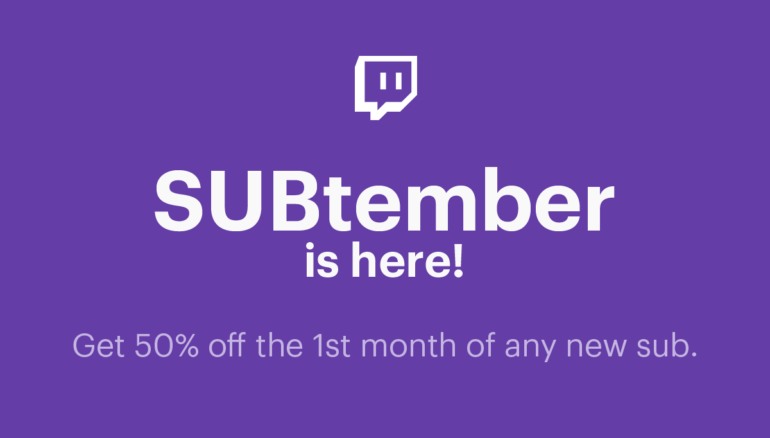 Supporting content creators is always a good thing. Isn’t it worth spending 200 UAH per month to get unique emoticons in your favorite streamer’s chat? Amazon is grateful to all users for each subscription, because only the streamer receives a part of the funds. After such broadcasts, monthly payment for an online cinema or a subscription on consoles seems to be very profitable. Fanatical fans can spend tens of thousands of dollars gifting subscriptions to viewers of the streamer icon. 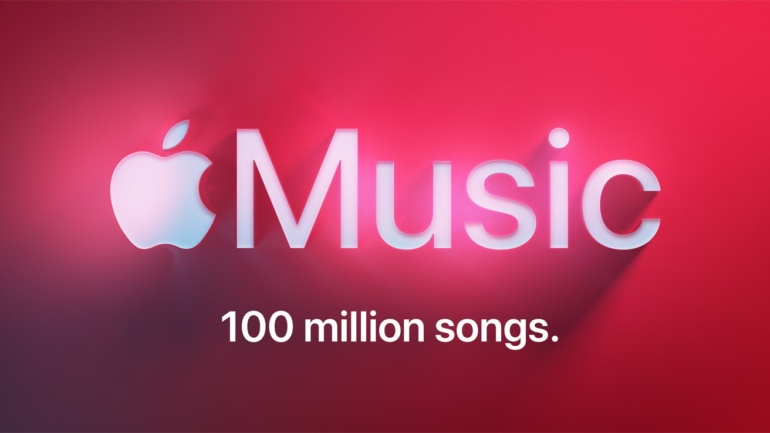 I bought an iPod for 160-250 GB, downloaded all the music that I wanted and enjoy. Stop stop, this is no longer relevant in 2022. Now another scheme. The user pays a small amount ($5-20) monthly and uses the company’s servers, which contain millions of songs.

A music lover listens to his favorite songs while spending mobile network traffic. This, in turn, accelerates the discharge of the battery. But the main thing is that you do not need to store all the songs on your phone. This leaves more room for vertically shot videos in 2160p quality. Is not that great? Most people like it.

It’s easier to buy a Microsoft Office package than to pay an annual subscription for Office 365. There are a lot of programs that ask you to make regular payments. The developers realized that this is a very profitable model for distributing their products. It is better to regularly download small amounts of money from customers and make them dependent on your software than to sell a licensed copy once. 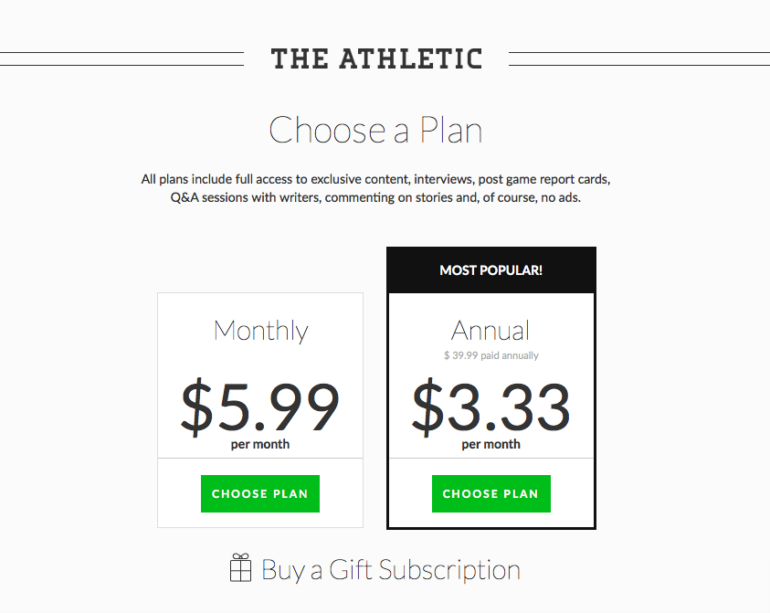 Many sites can already fight Adblock extensions and block content when it is found. The user disables it and sees a lot of ads. The site owner, of course, offers his reader to subscribe for a few dollars a month. Either advertising or money. Pretty tough ultimatum. It often happens that a person is ready for anything, just not to see those terrifying advertising banners. 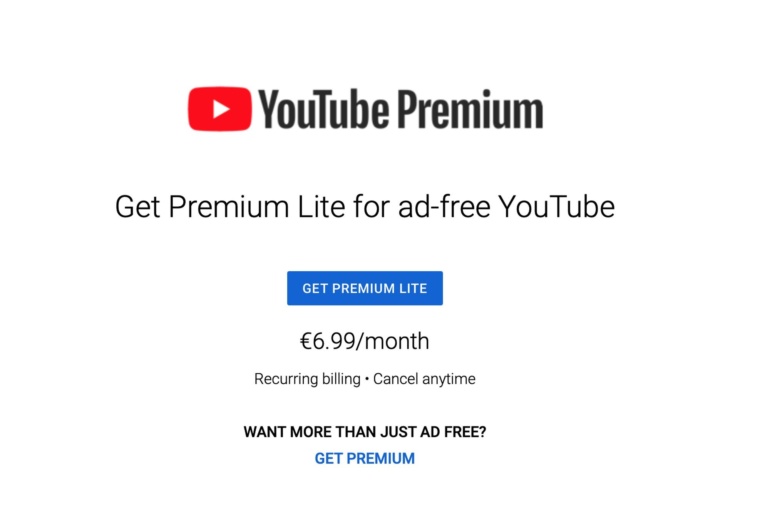 This type of subscription also applies to video hosting. There are a lot of ads on YouTube. Google considers its free viewers to be idiots, because it can add 3 advertisements to a 5-minute video. 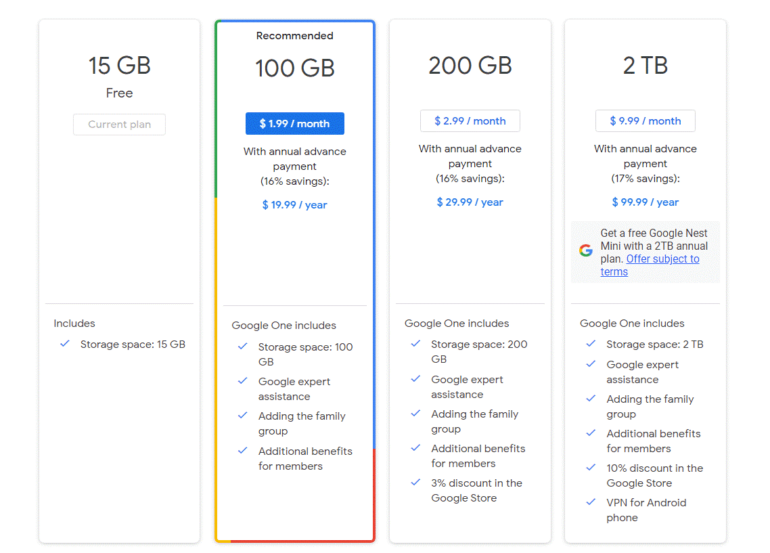 Generous companies gift their customers with free storage on their servers. For most, 5-10 GB is enough. Want to save more vertical 4K videos from your smartphone? For only $9.99 per month, subscribe to high-speed cloud storage and get 2 TB.

It is interesting that in a year the cost of this subscription will be compared with the price of a 4-6 TB hard drive or SSD. NVMe 1 TB. It will take 5 years, and the user will pay for the company’s equipment several times over. “The goose that lays the golden eggs.”

Most people no longer use computers, but only smartphones. For this category of the population, this is the current type of subscription. The main thing is that this cloud drive is always at hand. All you need is high-speed Internet access. Few owners of home PCs (classic ATX) find it easier to purchase an additional (quickly paying for themselves) drive.

Let Ivan (our fictional subject) be subscribed to at least half of the listed types of services. Subscription for movies, games (including battle pass), music, cloud storage and streaming service. Ivan spends about 1,000 hryvnia every month. At the moment when the funds stop coming to the accounts of the companies, Ivan will be left with nothing. There will not even be access to already viewed content. Although he spent several tens of thousands of hryvnia for 3-4 years of use.

But don’t be disappointed. You can think more positively. Creating digital content requires a lot of money. A subscription allows the authors of this content to develop and create new video games, make films, write music. It would be much more expensive to buy all these films, musical compositions or games.

Millions of people around the world have been accustomed to living on credit, paying rent for decades, renting cars, and so on. Therefore, this is a completely normal earning scheme for large brands. The most important thing is that the majority is satisfied with it. There is always a choice of buying or renting this type of entertainment. Nobody is forcing anyone. If this is slavery, then it is completely voluntary. 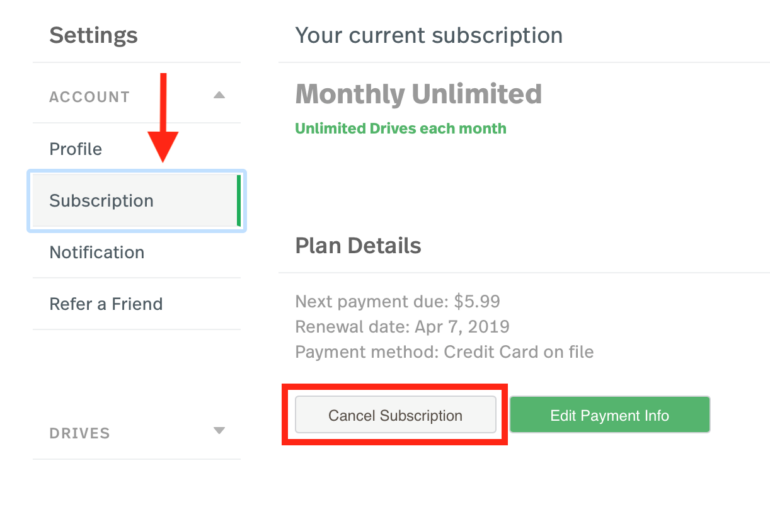 And yet, do not forget to disable the subscription if it is no longer needed. Almost all services collect payment from the client’s card automatically. And this will continue until the owner turns it off manually. The “subscribe and pay” button is pushed by developers right in the eyes of users from all sides, they are imposed by pop-up windows. The “unsubscribe” key is the other way around. It is often hidden in the deepest corners of your personal profile settings.

What are subscriptions: digital slavery or freedom of action – this is already up to everyone to decide for themselves. People have different lifestyles and approaches to spending, so there is no unambiguous statement. 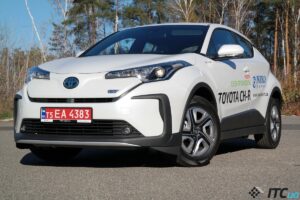 Previous post Test drive Toyota Izoa EV: this one is like C-HR, only from China and electric 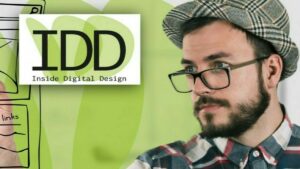