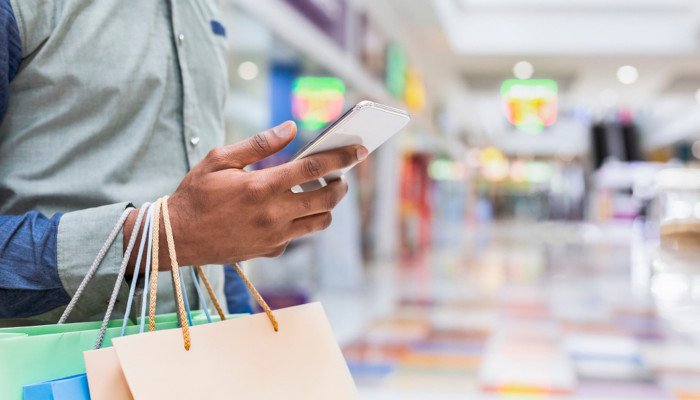 Check in at the store with your smartphone at any time of the day or night, use the app to find out about products and prices and pay automatically when you leave the store – the first supermarkets and retailers in Germany are already offering completely digital shopping experiences.

This could soon become standard. Every second retailer (49 percent) and half of internet users (50 percent) assume that in 2030 many shops will be open continuously, i.e. 24 hours a day, seven days a week, thanks to the use of digital solutions. 69 percent of retailers and 51 percent of Internet users assume that cash registers will soon disappear from stores and that paying when leaving a store will be automatic. In addition to extended opening hours and cashless sales rooms, maximum transparency is also expected: origin, CO2 footprint, ingredients and other relevant product information should be available to customers directly in the store in the future – 72 percent of retailers and 69 percent of consumers assume this that this will already be the case in 2030. This is shown by two surveys carried out on behalf of the digital association Bitkom. On the one hand, more than 500 trading companies from the wholesale and retail trades, on the other hand, more than 1,000 Internet users aged 16 and over in Germany were surveyed.

“What sounds like a dream of the future in Germany is already reality in other parts of the world,” explains Bitkom CEO Dr. Bernhard Rohleder. “Especially in some Asian countries you can already experience the so-called ‘New Retail’ live.” Personal advice should continue to exist, at least in Germany. However, a third of both retailers (31 percent) and consumers (33 percent) assume that digital sales assistants and consultants will be widespread in brick-and-mortar retail by 2030 and there will be no more sales staff. 26 percent of retailers and 29 percent of internet users believe in the widespread use of sales robots that guide customers through the store. Opinions also differ when it comes to cash. Almost 3 out of 10 retailers (28 percent) say that cash will no longer be accepted in brick-and-mortar retail in many places. Almost half (46 percent) of Internet users are prepared to say goodbye to notes and coins in stores. 50 percent state that they already avoid making cash payments as often as possible.

Stationary retail in Germany has to reinvent itself

In times of crisis, consumers depend on brick-and-mortar retail. For example, 6 out of 10 (60 percent) internet users consciously buy from retailers in their area in order to remain loyal to them during the corona pandemic. Nevertheless, about the same number (61 percent) miss an online offer from the shops in their region. After all, 35 percent state that the online offer has already improved significantly since the outbreak of the pandemic. “Retail shouldn’t be about juxtaposing online and offline. Instead, brick-and-mortar retailers should serve both channels and use the potential of digitization in order to be crisis-proof and successful in the long term,” says Rohleder. There needs to be a rethink now. Because 8 out of 10 (82 percent) internet users as well as 7 out of 10 (71 percent) retailers are of the opinion that brick-and-mortar retail in city centers needs to be reinvented.

Note on the methodology: The information is based on a survey conducted by Bitkom Research on behalf of the digital association Bitkom: 1) Telephone survey from mid-July to the end of August 2021 with 505 retail companies in Germany; 2) Online survey from mid to late October 2021 with 1,109 people in Germany aged 16 and over. The surveys are representative. The questions were: “Please assess how widespread the following scenarios will be in 2030.” and “In your opinion, to what extent do the following statements apply to retail or not?”