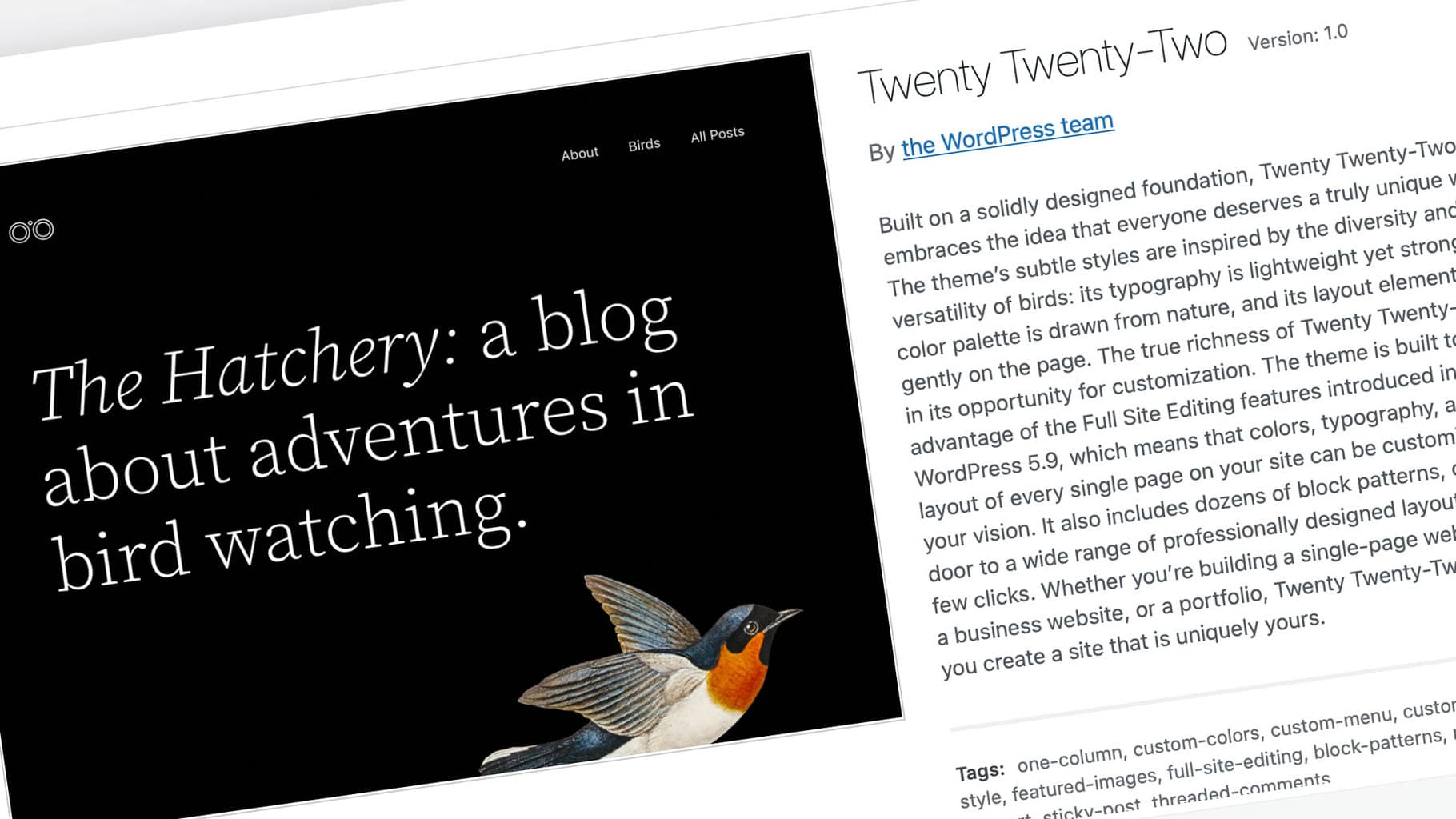 WordPress 5.9 is the third of actually four major updates planned for WordPress in 2021. We took a look at the first beta of WordPress 5.9 and in this article we will show you everything that you can expect in the new version of WordPress and what you should pay attention to.

New major WordPress updates are always hotly debated weeks before they are released. This is also the case with WordPress 5.9, on which work officially started on June 30, 2021. The expectations for the update were high, but not all planned changes made it into the release.

E-Book: More success for your agency or as a freelancer?
Attract, convert and retain new customers

WordPress developer Tonya Mork writes about the postponement that the team’s aim is to publish the innovations for WordPress 5.9 in one piece and not split up. For this reason it was necessary to postpone the beta (and thus further development).

With WordPress 5.9, WordPress is primarily pursuing one goal: to further advance full site editing. This goal has been running through the last few major updates. For example, in WordPress 5.8 we already saw the indentation of blocks in the widget areas. Since then you can design the sidebar, the footer or other theme-specific widget areas using blocks.

So let’s take a close look at what changes you can expect in WordPress when you update to the new version 5.9 and what you should pay special attention to when updating later.

WordPress has already switched the content area (i.e. where you publish content such as posts or pages) and the widget area to Blocks with Gutenberg. In WordPress 5.9, the next major section of a WordPress website is to be adapted with the navigation.

This allows you, for example, to design your main navigation with Gutenberg and design your menus with blocks. You can choose from blocks that are very reminiscent of the previous menu design: Blocks for posts, pages, taxonomy (keywords and categories) as well as for individual links, which you can use to link to an external page, for example.

With WordPress 5.9, there are now over 30 so-called theme blocks available that you can use to customize your website. This means that WordPress has come a good deal closer to full site editing.

It used to be necessary to define so-called breakpoints, from which a website “breaks” to another format. For example, if you wanted to switch a website from the desktop version to the smartphone version, you needed a fixed number of pixels below which the page “knew” that it should now be displayed on mobile devices.

With intrinsic web design, this should happen “from within” in WordPress 5.9. The relevant blocks then adapt automatically depending on the available space, which makes CSS and HTML smaller and thus has a positive effect on performance. Of course, the navigation blocks already mentioned are also responsive, i.e. mobile-optimized.

This includes the color design, typography (font and font size) as well as the layout and individual blocks. You can find this function in the editor under “Styles”.

With the new major release on WordPress 5.9 there will also be a new standard theme. WordPress is always based on the year, which is why the new theme will probably be called Twenty Twenty-Two. 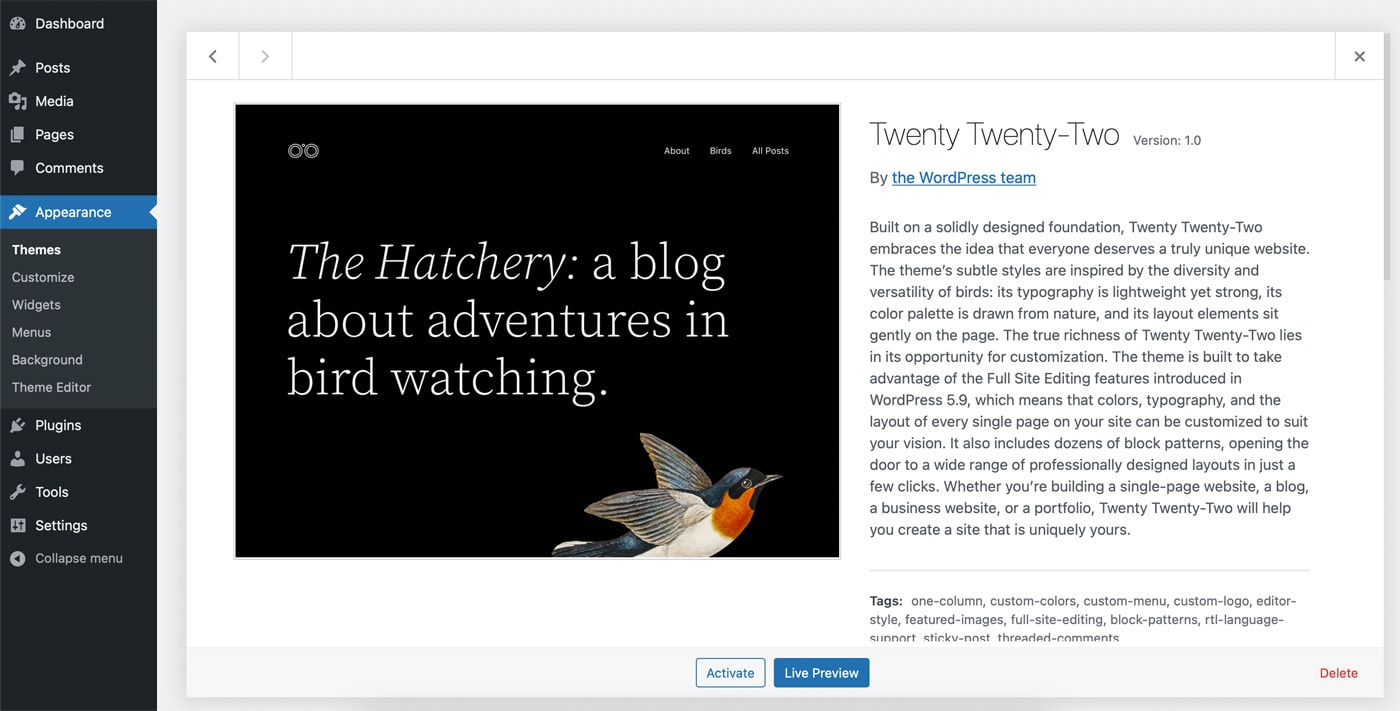 Many external developers of WordPress themes are often still trying to suppress WordPress developments in order to offer their own solutions and go their own way. But in the new standard theme, users will find all new features implemented in the best possible way in a kind of best practice presentation so that they can experiment with them.

The user experience was also worked on. WordPress 5.9 now comes with a practical list view that is intended to improve the organization of individual blocks within an article. 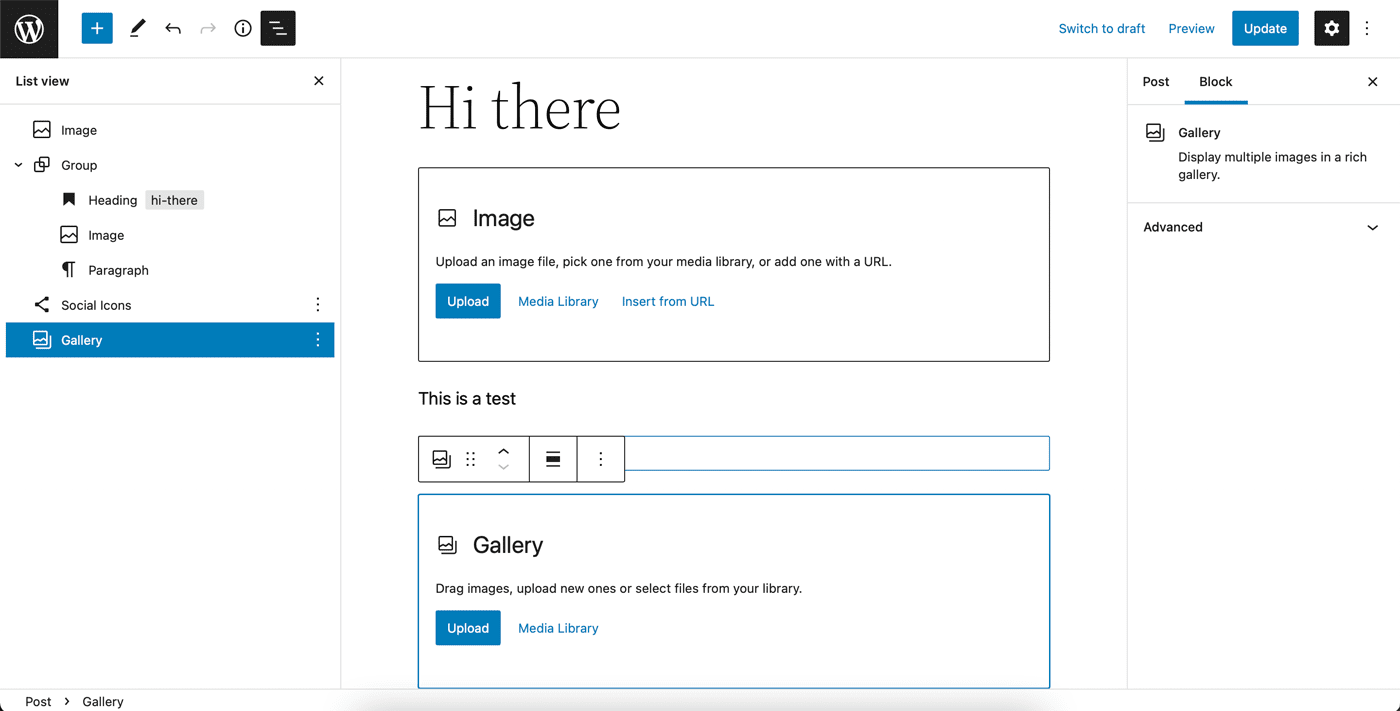 You can clearly see which blocks are installed in the article, one below the other, and you can simply drag and drop them to another position. This makes working in WordPress easier, especially when dealing with long and varied articles.

In addition, other small things in the user experience have also been changed. For example there is now:

The latter is particularly interesting for larger blogs or websites that have entire teams working on one site in different languages. 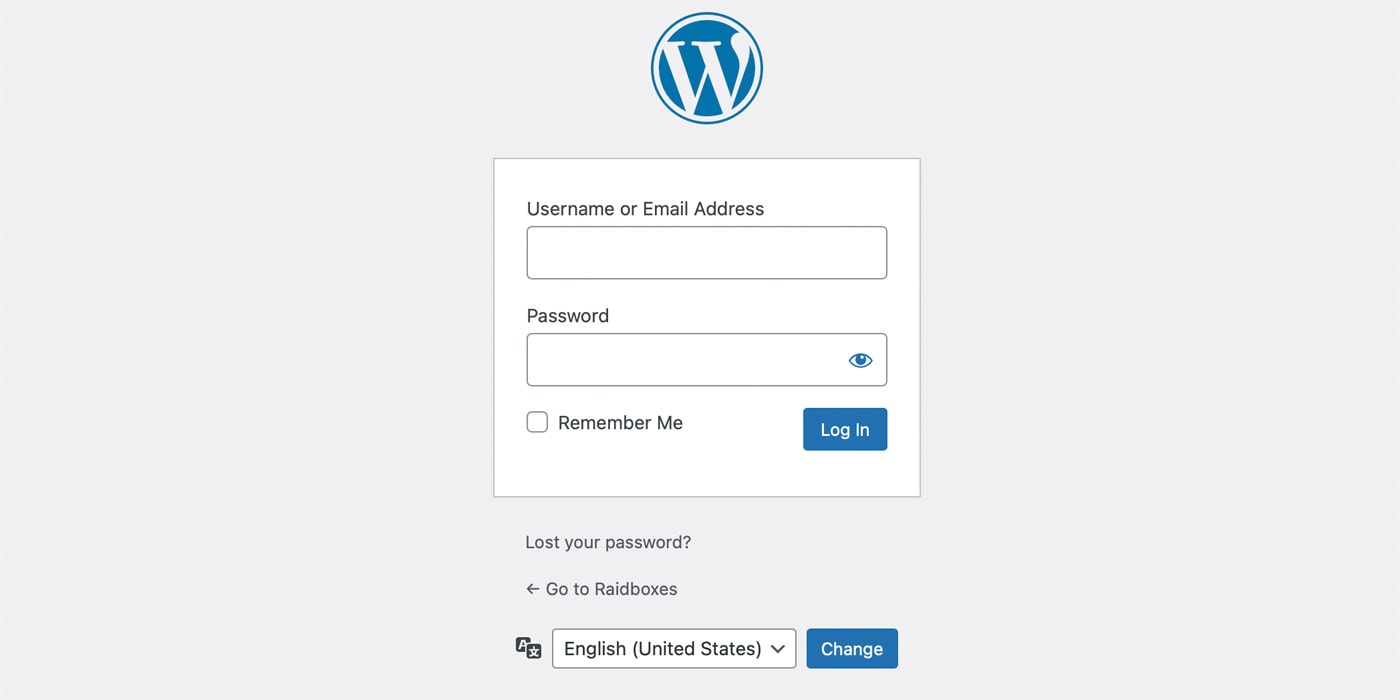 Small but mighty: select the language in the backend when logging in

What else was there? And when is WordPress 6.0 coming?

Of course, there are still many smaller changes in WordPress 5.9 that don’t get the full spotlight at first glance. These include, for example, additional design tools, improved editing of block themes, minor changes to icons and animations, a better preview of the permalink and – as always kept as vague as possible – improvements in performance.

Overall, WordPress 5.9 doesn’t feel like a huge revolution. We’ve seen major updates that were way more spectacular than WordPress 5.9. The anticipation for WordPress 6.0 in 2022 is correspondingly high. According to the current WordPress calendar for new releases, when the release of WordPress 6.0 is planned has yet to be determined. The dates are still on “to be confirmed”.

Outlook and Conclusion: What to think of WordPress 5.9?

The path from WordPress to Full Site Editing is taking shape more and more and with WordPress 5.9 now also takes over the navigation. It is exciting what WordPress now wants to pack into the postponed release of WordPress 6 and to what extent it will further change working with the CMS.

If you are interested in the WordPress development process and the planned features, you can find a list of the changes and much more first-hand information about the new WordPress 5.9 at WordPress.org here and here. What is your opinion on the current development of WordPress? We look forward to your comments.

Your questions about WordPress 5.9

What questions about WordPress 5.9 do you have? Feel free to use the comment function. You want to be informed about new posts about WordPress and WooCommerce? Then follow us on Twitter, Facebook, LinkedIn or via our newsletter.