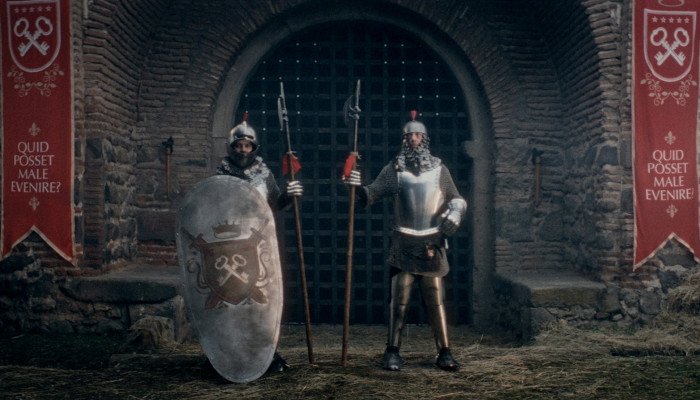 What do a stone age man with fur, a knight who hates Mondays and two cashiers in the Wild West have in common? They all have a huge security problem – and no means at hand with which to solve it. In addition, they all star in Myra Security’s new campaign clip, which aims to raise awareness of cybercrime in a surprising, exciting and fun way.

This is also badly needed. Although current surveys, such as the Allianz Risk Barometer, classify cyber incidents as the top risk for companies worldwide, far too many companies still believe they are in a false sense of security. “Quid posset male envenire!” confidently reads the banner hanging from the castle wall in some scenes of the film, behind the intrepid knights Brian and Pete, the film’s heroes. Translated figuratively, “Nothing will happen to us” means an attitude that many IT managers still take today in relation to the topic of cybersecurity and which – as is demonstrated time and again in the film – is extremely deceptive and can have dire consequences.

But first things first: Brian and Pete’s journey through time in “The History of Attacks” begins in the Stone Age. In a supposedly protective cave, the two enjoy a new discovery: fire. Unfortunately, they arouse the interest of a primeval monster and the hapless Brian pays for the carelessness of the two Stone Age inventors with his life. Pete has no choice but to reset the counter for the days without a monster attack to zero again. This action is a running gag and at the same time the red thread of the clip and has to be repeated two more times during the joint trip through space and time.

A time warp takes Brian and Pete to the Middle Ages. So here they stand guard in front of an imposing castle as fully armored knights. Brian just manages to express his dislike of montages when, out of nowhere, an arrow that precisely penetrates the eye slit of his helmet kills him. Again, as the surviving part of the time travel duo, Pete has to reset a counter to zero, this time with the info: “Days Since last Babarian Problems”.

Even Pete, whom we meet again a few centuries later in the Wild West, where he counts the daily takings together with Brian calmly behind a barred counter, once again writes a shaky zero on his counter board: two bandits armed to the teeth are forcing it release of the money.

In the clip, a specific industry is put into focus for the first time. The reason for the choice of the banking sector is provided by the Boston Consulting Group: They found out that banks and financial service providers are attacked by cybercriminals 300 times more often than all others

Industry sectors. This is not surprising – after all, financial institutions are proverbially fat prey and therefore an extremely worthwhile target for cyber attacks.

Incidentally, in the western scene of the clip there is an analogy to today’s prevailing overconfidence in terms of cyber threats: Although a conspicuous Wanted poster in the bank’s teller room points to the imminent danger of a robbery, Brian and Pete believe they are in absolute safety behind their barred counter . With the result that the counter has to be set to zero for the third time.

About DDoS monsters and inconspicuous vulnerabilities

As entertaining as Myra’s campaign is, it conveys a serious concern and makes use of numerous other analogies. The monster attack on poor Brian stands for the DDoS attacks of our time, in which literally enormous amounts of data packets bring a server, a portal or a service to its knees by means of interconnected botnets. For example, in February 2020, a DDoS attack on AWS with 2.3 terabits per second made it into the top group in the inglorious Hall of Fame of the largest DDoS attacks.

In contrast to such large-volume attacks, the arrow placed exactly in Brian’s visor stands for the targeted exploitation of very small, inconspicuous vulnerabilities. Cyber ​​criminals use these unnoticed as a gateway and in this way introduce malicious code into the corporate network. Log4J exemplifies the devastating damage that such an inherently unobtrusive vulnerability can inflict given the sheer number of systems that were affected by this particular vulnerability.

“3268 Days since last IT Security Problem”

But back to Brian and Pete, who have arrived in the here and now at the end of their journey through time and this time meet us as IT administrators of a modern company. And again it’s an attack that at least disturbs Brian. Unlike in previous eras, the two heroes are now dealing with an invisible threat for the first time – a cyber attack in the form of a DDoS attack. This immediately interrupts the pattern of previous courses of action on several levels.

Brian loses his nerve in the face of the attack, but not his life. Pete, on the other hand, remains completely relaxed in this sequence and nonverbally refers to the inevitable counter, which of course also exists in this scene. Unlike in the previous eras, however, there is an extremely high number here, which this time is not changed by Pete, but by Brian in the very last shot: When it becomes clear that the company is trusting in Myra’s protection and despite the sudden increase absolutely nothing happened during traffic, Brian increases the counter by one value for the first time in the clip: “3268 days since last IT security problem”. 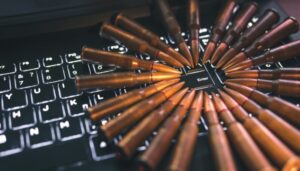 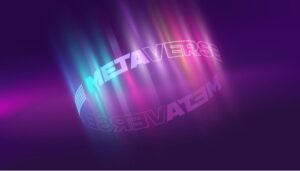