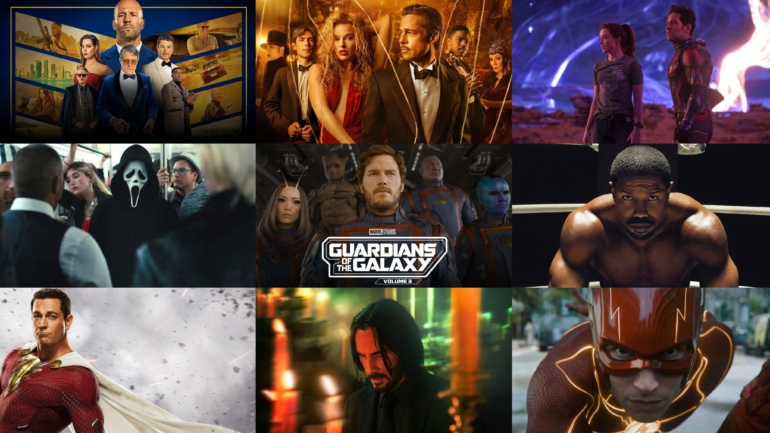 2023 has prepared so many interesting things for viewers that we had to divide the article into two parts. New works by such masters as Martin Scorsese, Christopher Nolan, Guy Ritchie, M. Night Shyamalan, Ridley Scott, Damien Chazelle and others are planned for release. A fairly busy schedule of noteworthy new products is due to the fact that many of them were postponed due to covid, and some for other reasons. In this article, we propose to consider the most anticipated premieres of the first half of the year.

Super spy Orson Fortune and his team of top operatives recruit Hollywood star Danny Francesco to approach Greg Simmonds. This billionaire owns the latest weapons that can do a lot of trouble.

A new film by Guy Ritchie on a spy theme with the participation of many stars – such a movie is definitely worth the attention of the viewer. By the way, the filmmakers decided to change the original idea and abandon the Ukrainian villains in connection with the full-scale invasion of the Russian Federation. Our review is here.

The events of the tape take place in the days of early Hollywood, when the industry began to gradually move from silent to sound films. This is a three-hour epic film that will tell about the fate of various characters trying to get to the Olympus of glory.

The new work of Oscar winner Damien Chazelle brought together just some phenomenal cast. It already has Golden Globe nominations, including in the Best Picture – Comedy or Musical category. Probably, soon the picture will receive some nominations for the Oscar.

“Knock on the Door” / Knock at the Cabin

A family consisting of parents and a daughter decides to spend their vacation in a remote house. But their idyllic calm is interrupted by the appearance of four armed strangers. They require the heroes to make a huge sacrifice to prevent the end of the world.

Although many viewers are still waiting unsuccessfully from M. Night Shyamalan for something on the level of The Sixth Sense, each of his films is always more or less intriguing. Knock on the Door is also an adaptation of the 2018 novel The Cabin in End of the World by American writer Paul J. Tremblay.

Scott Lang and Hope van Dyne, along with Hank Pym and Janet van Dyne, undertake to explore the quantum dimension. This leads to the fact that the microscopic superheroes will have to face a very powerful enemy – Kang the Conqueror.

Ant-Man and the Wasp: Quantum Mania is set to be the first feature film in Phase Five of the MCU. We are waiting for the next portion of fun, spectacular and at the same time dangerous adventures from Marvel.

Adonis Creed has reached all the heights that a professional boxer can only dream of. He also built a family with his beloved Bianca. When it seemed that everything in life worked out, Adonis is forced to face his dark past. His former best friend Damien Anderson just got out of prison and is ready to fight.

The spin-off of the Rocky film series is going along much the same path as the Rocky films themselves. Creed, too, is slowly turning into a series, with the main star of the show at the helm (this is the debut of Michael B. Jordan as a director). What will come of it – we will see soon.

The Carpenter sisters and twins Chad and Mindy Martin, who managed to survive last year’s massacre, decide to move from Woodsboro to New York and start life with a clean slate. Who would have thought that even in a huge metropolis, the Ghostface would again find its victims.

After the huge success of “Wednesday”, not even the main character played by Melissa Barrera, but Jenna Ortega, who plays her younger sister, should pull the audience into the cinema. Of the old guard, one can only hope for the appearance of Gail Weathers, played by Courteney Cox. This is the first film where the main star of the franchise and her permanent final girl Neve Campbell will not participate.

Teenager Billy Batson, along with his half-siblings, who received superpowers in the first film, are ready for new adventures. But they will have to face the all-powerful daughters of Atlas, who can destroy everything in their path.

The DC Extended Universe may or may not be as polished as its main competitors. But this story about a teenager endowed with superpowers is made according to all the canons of the best entertainment tapes based on comics. It should be fun, driving, rich.

Highly professional assassin John Wick continues his wanderings and fight against enemy mercenaries and even entire clans. Judging by the trailer, the audience is waiting not only for the usual action for the franchise, but also elements of Western and samurai films.

Now I can’t believe that once it all started with an insult at a gas station and a dead dog. “John Wick” has long been turned into a whole brand, and with its own style and features. Director Chad Stahelski warns not to expect a happy ending from the film.

The Guardians decided to provide asylum to the suffering victims of Thanos’ actions. Meanwhile, Peter Quill is still struggling to recover from the loss of Gamora. But even despite the deep emotional experiences, the leader of the Guardians must lead them into another battle for the preservation of the universe.

With this film, James Gunn says goodbye to the MCU to focus on his job as one of the leaders of DC Studios. The director has repeatedly stated that the third part could be the last film in the series. But in any case, its future will depend on decisions “at the top”. 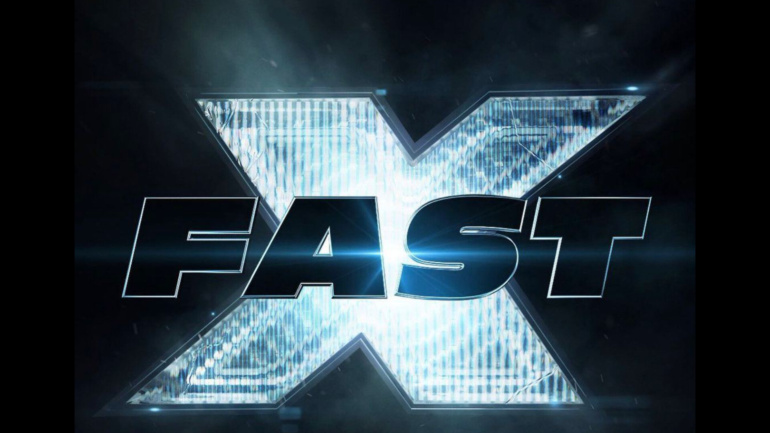 As the indefatigable Vin Diesel has assured, this film will “complete the main mythology of the cycle,” whatever that means. It is known that the tenth anniversary film of the adrenaline franchise will be the first part of the new story of Dominic Toretto and his team. And its completion will take place in the eleventh, sort of like the last tape.

We weren’t wrong when we described Fast & Furious as a superhero action game, because that’s what it is. The guys have even flown into space, so it’s hard to imagine what kind of “multiverse of madness” awaits the audience this time. But once it all started with the innocent theft of DVD-players.

In 1994, two archaeologists Elena and Noy become not only witnesses, but also direct participants in a long-standing conflict of different types of transformers. The plot will feature predacons, terracons and maxima. The fate of the whole world will depend on this confrontation.

Yes, yes, we know that the Transformers franchise has long turned into a real bad taste. But the reboot in the form of “Bumblebee” was successful, and “Rise of the Beastbots” is positioned as its sequel. Well, let’s see.

This is the story of the formation of the superhero Flash, who in the future will become one of the members of the Justice League. Young scientist Barry Allen discovers in an accident the possibility of developing fantastic speed. He plans to travel back in time to prevent his mother’s murder. But this act will lead to unpredictable consequences.

Rowdy Ezra Miller will return to the role of the Flash, perhaps for the last time. And we can also admire two versions of Batman – performed by Michael Keaton and Ben Affleck. 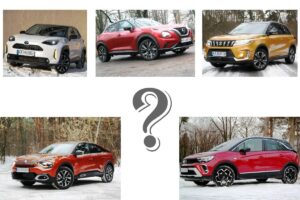 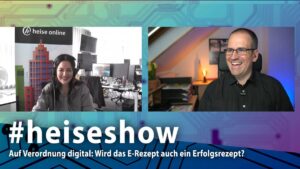