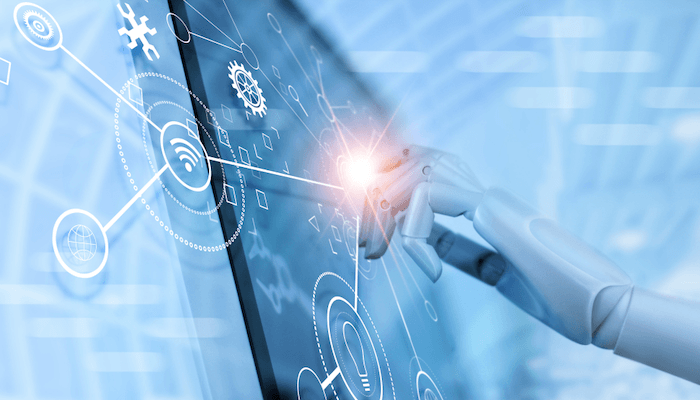 If you compare today’s world with that of a good 20 years ago, you will find that digitization has left a lasting impression on business and society alike.

When the dot-com bubble burst in March 2000, many shareholders were disappointed in their high expectations for the digital future. The unbridled hype about a radical reorientation of the economy generated a real boom. Many newly founded companies competed for the attention of wealthy investors. In most cases, however, the full-bodied promises of the startups could not be kept and turned out to be castles in the air. It just lacked substance.

In retrospect, one can state that the enthusiasm around the turn of the millennium boiled up a few years too early. Today, large digital corporations such as Google, Microsoft and Apple are on everyone’s lips and shape the global economy with their products. So what’s the difference to back then and why didn’t the bursting of the dot-com bubble herald the end of digitization? The reason is easy to explain and yet it is based on one of the most complex future topics of all time: automation.

Efficiency gains through digitization and automation

Digitization is here to stay. It is probably the biggest disruptor of the global economy since the invention of the steam engine. No company can escape their pull anymore; anyone who tries will be mercilessly left behind by the digitized competition. Starting with communication via e-mail, through the standardization of simple workflows, to the processing and analysis of huge amounts of data with the help of artificial intelligence – the tools of digitization accelerate all areas of the working world and bring previously untapped optimization possibilities within reach.

The eternal competition for market shares has been driven by the maxim of efficiency since the beginning of capitalism. Anyone who produces more, faster and with better quality using the same resources will prevail. Where five employees used to spend a week dealing with the paperwork of a quarterly statement, this can now be completed by a specialist with the help of tailor-made tools. This not only saves time and money in many areas – a standardized and automated process also improves data quality and availability. A mature system does not produce careless errors and can be scaled almost indefinitely.

The digital infrastructure is the current bottleneck of the economy

The evident competitive advantages of the digital revolution have led to an explosion of endpoints and servers in many corporate networks. The transition from the paper economy to digital data processing produced enormous amounts of data in a very short time and presented the IT infrastructure with unprecedented challenges. Today, e-mails with large file attachments jostle alongside VOD streams and video conferences, competing for the limited bandwidth that in Germany still has to be routed largely through the copper wire infrastructure of the pre-digital age. At the latest since the pandemic and the nationwide move to the home office, we have had to painfully learn that our domestic data superhighway in many places resembles a country road covered with potholes. In addition to the people traveling there, more and more machine identities are bustling about on this data highway. Whether a smartphone is downloading the latest security update in the background, or a welding robot in car production is transmitting its current status to the central server – machine-to-machine communication is taking up an ever-increasing share of global Internet traffic. Germany is now called upon not to jeopardize the future viability and competitiveness of the domestic economy through failure to expand the network. Other countries have been showing for years how the nationwide expansion of a fiber optic network can succeed. If you are looking for Germany in this Statista diagram (as of December 2020) for the OECD comparison in fiber optic expansion, you have to scroll to the bottom of the display. Although the 5G network promises a future relaxation of the digital traffic situation, here too Europe is more of a marginal phenomenon in an international comparison.

Optimal use of limited bandwidth

For many companies, the current state of the existing network structure can be equated with force majeure. You take things as they are and try to make the best of them. Very few companies have sufficient financial leeway to turn their digital environment inside out. But even in the limited possibilities of our copper network, there is still some potential for optimization in many places.

Performance and netflow data can be used to analyze the current network utilization in a company.

Free up limited IT specialists

But not only the network capacities are scarce, the shortage of skilled workers is also increasingly affecting the global economy. IT specialists in particular are a rare and coveted resource. Now you can’t erase the failings of the past in the blink of an eye; rather, one needs to focus on making the most of the opportunities available. This is where the previously described automation comes into play again. Because with their help, chronically understaffed IT departments can be provided with powerful tools that can significantly ease the burden of repetitive tasks. In network management in particular, there are mature solutions for the rapid processing of repetitive tasks.

Baselining: In order to record the regular behavior in the network, the so-called baselining for network devices is carried out in the first step. Thus, the IT department knows what regular behavior looks like in the network. For example, the connections from network devices in the WAN to core sites can be monitored. This allows existing problems in network traffic to be identified and rectified at an early stage. This also shows the current utilization of existing network resources and the time of the overload.

Data analysis: In normal operation, incredibly large amounts of data are generated in network traffic. In order to get network automation off the ground, it is important to collect and evaluate the right data. Important data are, for example, threshold violations, which show when and how often the network utilization was pushed to its limits. If Netflow is also used for network monitoring, further metrics such as top-N traffic flows or top talkers of the most bandwidth-intensive applications can be collected.

Identification of automatable processes: If the data collection identifies bottlenecks in network resources that occur regularly, automation can help at this point. For example, you can reduce traffic by limiting the bandwidth for certain applications. Alternatively, you can also redirect the data transmission (rerouting), expand certain ports or the entire bandwidth.

Conclusion: If the playing field is in bad shape, you have to wear the right shoes

The German economy cannot fully compensate for the omissions in network expansion or in education policy. And yet every company plays on the same playing field. Of course there are still regional imbalances; above all, the unbalanced distribution of the notorious white spots creates a stark urban-rural divide. However, many companies are rooted in their region of origin and cannot or do not want to consider a change of location. That is why you should try your best to use the available funds optimally and to eliminate avoidable bottlenecks. 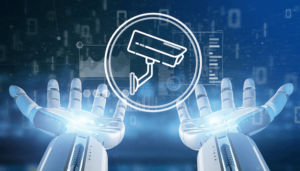