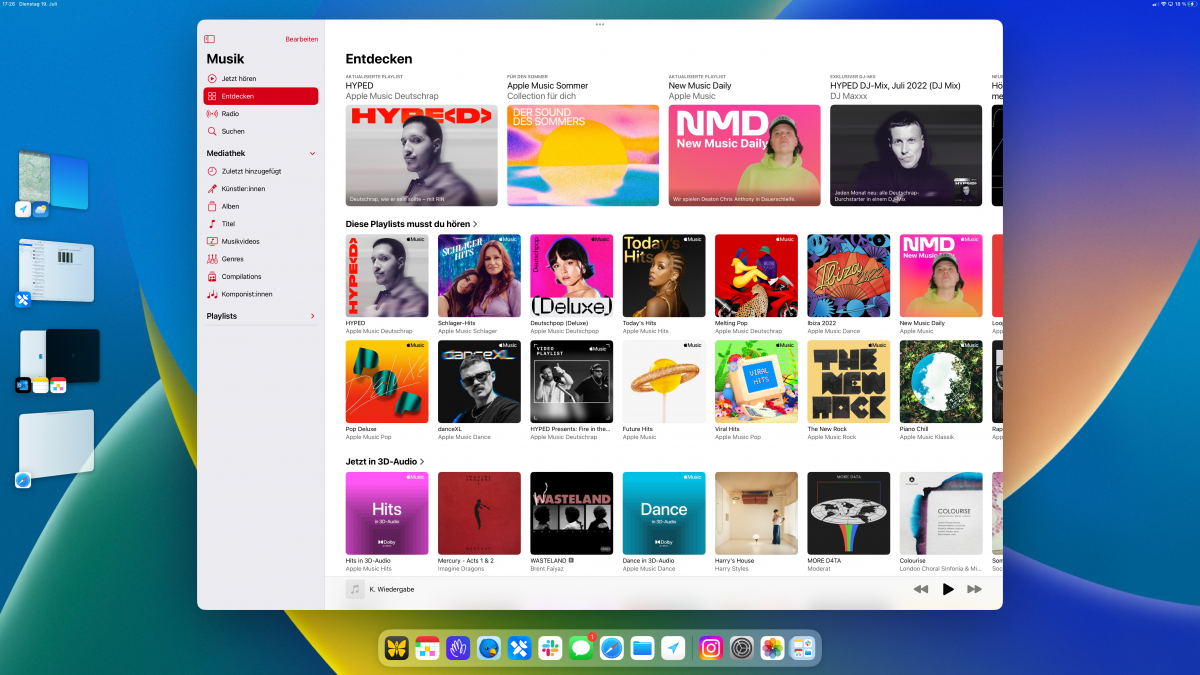 It’s an unusual sight: iPadOS 16 brings windows to the iPad for the first time, which can be resized and overlapped. “Stage Manager” supports working with up to four windows open at the same time, and the new sidebar keeps previously used apps and windows under control. Just like Stage Manager in macOS Ventura, window management also allows the creation of app groups with specific windows on the iPad, which can be quickly switched between.

iPad users cannot position their windows completely freely: Stage Manager makes sure that the windows do not overlap completely. Changing the size is only possible gradually in the size classes specified by the developer; apps show their iPhone user interface at the smallest level. In addition, apps must already support iPad multitasking so that the windows can be reduced in size, which is by no means the case with all apps – not even with all Apple programs. iPhone apps that are not at all adapted for the iPad simply run in their own window and no longer look like a foreign body.

Stage Manager brings up to four windows and apps onto the iPad screen.

With the flexible windows, the iPad suddenly feels more like a notebook with a classic desktop operating system such as macOS 13, while Stage Manager is also clearly designed for iPad use with a keyboard and trackpad or mouse. However, the screen space quickly becomes tight with multiple windows on the 11″ tablets. After all, iPadOS 16 allows for the first time to scale the screen resolution one step higher in order to display more content.

Part of Stage Manager is also real support for external monitors, which can be used as an extended workspace – this makes it possible to work with up to eight apps or windows at the same time. In the beta, this was still quite unstable, the iPad quickly overheated and crashed from time to time. Apple developers still have a lot of fine work to do before the final version of iPadOS 16, which is expected to be released in September.

Stage Manager on M1 iPads only

With window management, monitor support, virtual memory and screen scaling, iPadOS 16 takes a huge step forward and the operating system is slowly standing on its own two feet. Unfortunately, most iPad users will not see any of this for the first time: These innovations are reserved for models with an M1 chip, i.e. iPad Air 5 and iPad Pro 2021 – buyers of the expensive iPad Pro 2020 in particular feel alienated.

iPadOS 16 brings a number of other innovations to Apple apps and the operating system that can also be found on older iPads. This includes expanded and more powerful apps and new features for programs such as Mail, Messages, Photos and Notes. 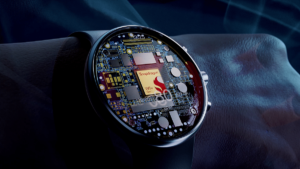 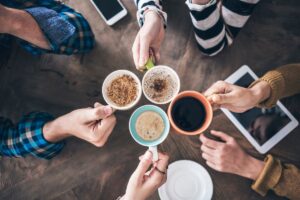