IBM warns of several vulnerabilities in the IBM MQ Operator and Queue Manager as well as the one provided container images. The errors originate in particular from the supplied third-party components.

Due to a lack of access control in the containerd of the base system, authenticated attackers from the network could start new processes with elevated privileges with carefully crafted requests (CVE-2020-15257, CVSS 9.8risk “critical“). In addition, a vulnerability for reading environment variables could be abused when containers use the containerd CRI service. This could be used to launch further attacks against affected systems (CVE-2021-21334, CVSS 7.5, high).

A vulnerability in Golang Go could bring down an affected system due to possible out-of-bounds memory accesses in the ImportedSymbols function in debug/macho. With prepared binary files, attackers from the network could trigger a denial of service (, CVSS 7.5, high). Attackers could also use another vulnerability in Golang Go to paralyze an instance. When processing ZIP archives, manipulated archive headers could lead to denial of service (CVE-2021-39293, CVSS 7.5, high).

IBM also has another security bulletin for the IBM Content Manager Enterprise Edition 8.6 updated. Although the Log4Shell vulnerability could be bypassed, it now says version 8.7 however, a bug-fixed version is available. IBM recommends installing the update now.

IBM has compiled more information about the vulnerabilities and the available updates in the security advisories: 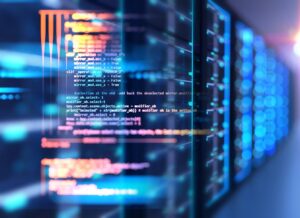