The digital economy wants to promote women more. 24 percent of the companies have set themselves goals to increase the proportion of women. Another 14 percent are planning this in concrete terms, and 29 percent are currently discussing it.

For 29 percent of the companies, however, such targets will not be an issue in the future either. These are the results of a study by the digital association Bitkom, for which more than 500 companies in the Bitkom industry were surveyed. The industry currently employs 1.25 million people in Germany. According to a current Bitkom forecast, the number of people in employment will increase by 3 percent to 1.29 million in the current year, with women being greatly underrepresented. “The digital economy must become more female,” demanded the Vice President of Bitkom, Sabine Bendiek, when presenting the results of the study. “Mixed teams are extremely important for the success of companies. And we depend on women to meet the skills shortage and ensure sustainable growth. The numbers are a wake-up call,” says Bendiek.

The member of the Bundestag Dr. Anna Christmann (Bündnis 90/Die Grünen) started the #SheTransformsIT initiative with numerous like-minded people in 2020 at the federal government’s digital summit, which campaigns for more women in digitization. She emphasizes: “We need more women in digitization. The figures show how much work still needs to be done to achieve this goal. We are missing out on innovation potential, skilled workers and the chance for fair digitization. We need a joint effort in politics, business, science and civil society to strengthen women in the digital industry,” said Christmann. She further explained: “That’s why we founded #SheTransformsIT. The first inventory makes it clear how urgently our initiative is needed. We want all IT companies to see how important mixed teams are and what they can do to attract women.”

Bitkom supports the initiative and signed the start-up call in 2020. Bitkom Vice President Bendiek: “With #SheTransformsIT, we are committed to breaking up rigid structures, making the digital economy a more attractive place to work for women and making digital designers visible to the public as role models. The aim is to show concrete, implementable and practical solutions.”

The factors that inhibit the advancement of women are diverse, both external and internal. The companies could remove some hurdles themselves: 66 percent say that traditional role models in the company have contributed to the fact that the proportion of women in management positions is low. In addition, 62 percent assume that the digital economy is not very attractive to women in management positions. Half of the companies (51 percent) see hurdles in returning to work, for example after a pregnancy, as problematic. 41 percent describe the presence culture in companies as an obstacle to women’s careers and almost every third company (31 percent) sees a glass ceiling in the industry.

With regard to the framework conditions, 78 percent point out that the lack of childcare infrastructure is an obstacle to women’s careers. In addition, 54 percent believe that there are too few qualified female candidates. In addition, 47 percent say that women market themselves less well and do not have sufficient networks (38 percent).

So far, every second company surveyed (50 percent) lacks responsibility for gender equality. Only 2 or 3 percent of the companies surveyed have gender equality or diversity officers, in just under a quarter (24 percent) the HR department takes on this task, and in 22 percent it is located directly in the management. It is almost exclusively companies with fewer than 200 employees that have not regulated responsibility. Almost all companies with more than 200 employees have clarified the issue. Bitkom Vice President Bendiek: “Equality between women and men must always be a management task. The necessary upheavals can only succeed if superiors actively set an example of equal opportunities. Equality must become part of the DNA of every company.”

The digital economy wants to rely on a variety of measures to increase the proportion of women. 40 percent are already using further training programs to promote women’s careers, and another 15 percent are planning to do so. 34 percent rely on family-friendly working conditions, 11 percent want to further increase their commitment to this. Around a quarter (24 percent) cooperates specifically with universities to attract women, and another 14 percent intend to do so in the future. More specific measures, such as presence at trade fairs and career events for women, are only available in 9 percent of the companies, 7 percent have corresponding plans, but for 68 percent this is not an issue. Fixed targets for women in management positions or giving preference to women with equal qualifications are not yet an issue for many companies (76 percent each).

“Most companies know how important gender equality is for their future. Now they must take specific measures to effectively promote women’s careers. Role models and the targeted addressing of women in personnel recruitment are needed, strong women with managerial responsibility, efficient networks and very specific measures such as anchoring the advancement of women in managerial target agreements,” says Bitkom Vice President Sabine Bendiek.

Because the strengths of mixed teams are clear to IT companies: 93 percent explain that they contribute to a better working atmosphere, 73 percent report higher productivity in mixed teams. In addition, 85 percent confirm that women bring new ideas and other perspectives to the company and 83 percent believe that the economy depends on female IT specialists to counter the shortage of skilled workers.

Note on the methodology: The information is based on a survey Bitkom Research carried out on behalf of Bitkom in December 2021. 501 companies with 10 or more employees in Germany were surveyed. The interviews were conducted with management, decision-makers and HR managers. The survey is representative of ITC and CE companies in Germany. These include telecommunications, software and IT services companies, as well as manufacturers of data processing equipment and peripheral devices, telecommunications technology equipment and facilities, and consumer electronics equipment. 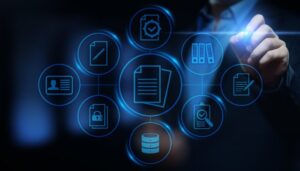 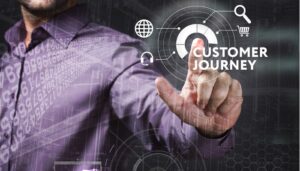