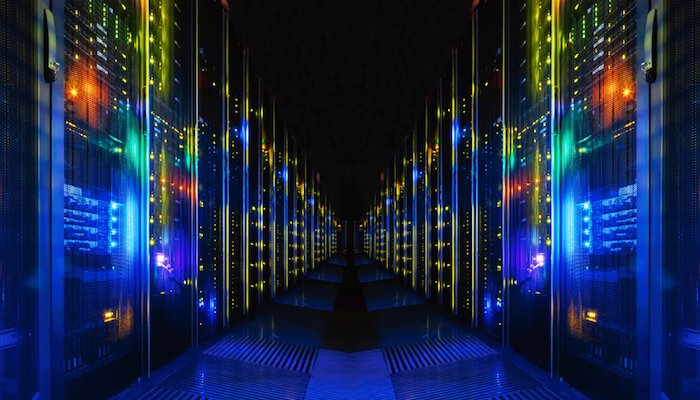 Data traffic has increased significantly in recent years and was additionally fueled by the corona pandemic. Whether working from home, streaming, artificial intelligence or smart solutions for industry: the digitization of almost all areas of life and business has led to strong growth in the performance of data centers.

While capacities measured in terms of IT performance have already increased by 84 percent between 2010 and 2020, they are expected to increase again by around 30 percent in the years to 2025. At the same time, the energy requirements of German data centers and smaller IT installations increased from 10.5 to 16 billion kilowatt hours per year between 2010 and 2020 – this corresponds to a 0.6 percent share of the total energy consumption in Germany in 2020. In addition to the energy requirements, efficiency also increased of data centers: The computing capacity installed in data centers has almost quintupled per kilowatt hour of electricity consumed since 2010. These are the results of the current Bitkom study “Data centers in Germany”, which was carried out by the Borderstep Institute. “Data centers and telecommunications networks are the backbone of digitization,” says Bitkom CEO Dr. Bernhard Rohleder. “Only with high-performance data centers can we advance the urgently needed digitization of business, education and administration – and only with them can we trigger a massive boost in digital efficiency that significantly reduces CO2 emissions, for example in industrial production, mobility, buildings or in the world of work . At the same time, we have to ensure that the carbon footprint of the data centers is reduced, for example by making greater use of waste heat or using renewable energy sources.”

The growth in data center capacities is primarily due to the increasing expansion of cloud computing. While capacities in cloud data centers increased by 150 percent between 2016 and 2021, traditional data centers are almost stagnating. The share of cloud data centers in data center capacities in Germany increased from 20 percent to 33 percent between 2016 and 2021. Cloud computing will even become the dominant delivery model by 2025, accounting for more than half of capacity. “Increased digitization in companies is driving the need for cloud solutions,” says Rohleder. Smaller data centers, so-called edge data centers, will also gain in importance in the future. “Edge data centers are closer to the end customer or the desired application. The response time is therefore very fast, which makes edge data centers interesting for industrial production,” says Rohleder. Overall, according to the results of the study, there are currently around 3,000 data centers in Germany with more than 40 kW IT connection power and at least 10 server racks. There are also around 47,000 smaller IT installations.

Unlike the strong increase in IT performance and energy requirements, the greenhouse gas emissions caused by German data centers and smaller IT installations have been falling since 2018. With around 6 million tons of CO2, in 2020 they were again at the same level as in 2010. “The data center operators support the goal of the federal government, which envisages climate neutrality for all new data centers in Germany from 2027. However, this can only succeed if sufficient electricity is available from renewable sources,” emphasizes Rohleder. This applies all the more since the power requirements of the data centers are likely to increase by 2030, depending on the efficiency efforts of the operators and the growth in data center capacities in Germany. The study considers an average increase in demand of around 3.5 to 5 percent per year to 23 to 29 billion kWh in 2030 to be possible. “In the interest of climate protection and also simply to reduce their energy costs, data center operators must and want to further improve their energy balance,” emphasizes Rohleder. “We therefore support initiatives such as the Climate Neutral Data Center Pact (CNDCP) in order to develop reliable indicators at European level. In this way we can promote the sustainability of the industry in the EU with common standards.”

According to the study, there is great potential for CO2 reduction above all in energy-efficient air conditioning, in energy-efficient servers and other devices and, above all, in the use of waste heat. Rohleder: “The waste heat from the data centers can be used to supply private apartments and commercial buildings with district heating, particularly in urban areas. For this, the local district heating networks must be expanded and political support is needed to bring producers and users of the waste heat together.” In the survey of data center operators as part of the study, 40 percent stated that they at least partially use their waste heat. Only 5 percent use more than half of the waste heat. Another 43 percent intend to do so after the next major modernization project. So far, the use of waste heat from data centers has often failed due to a lack of heat consumers (56 percent) and cost-effectiveness (52 percent).

Data centers are not only the addressees of climate protection measures – they also enable them. 79 percent of the experts surveyed as part of the study are certain that political climate protection measures will have a high to very high impact on the construction and operation of data centers in Germany. This is particularly true since greenhouse gas emissions can be saved on a large scale with the help of digitization: As the Bitkom study “Climate Effects of Digitization” shows, with an ambitious expansion of digital technologies, especially in the areas of industry, energy production, mobility and buildings, annual emissions can be reduced by 2030 up to 126 million tons of CO2 net can be saved – the CO2 footprint of digitization itself is already taken into account here. At the same time, two thirds (66 percent) of the experts surveyed stated that climate change itself will have a high to very high impact on data centers in Germany, for example due to possible flooding or rising outside temperatures, which will require corresponding adjustments to construction and operation.

Where do data centers prefer to settle in Germany? The study also addresses this question. Most of the locations that are already important will continue to gain in importance in the future, with the federal state of Hesse and the Rhine-Main region having the highest density of data centers in Germany. Measured in terms of IT performance per inhabitant, Hesse has a value more than three times higher than the city states of Hamburg or Berlin. However, the German capital in particular will have growing importance as a location for data centers, as will Munich, Hamburg and the regions of Cologne/Düsseldorf and Leipzig/Dresden. “The German data centers are important employers. They currently employ around 130,000 full-time workers, and a further 80,000 jobs are directly dependent on them,” emphasizes Rohleder. Jobs would also be created in the vicinity of data centers if other companies settled there. In the study, 60 percent of the data center operators surveyed stated that they intend to make investments to expand their locations in the next two years.

Electricity prices and bureaucracy as locational disadvantages in Germany

As a further disadvantage compared to foreign competitors, the operators of German data centers see above all high electricity prices, a still largely fossil-based energy supply and, from their point of view, slow approval processes. Rohleder: “The very high electricity costs compared to other European countries are a decisive locational disadvantage for German data centers. From a technological point of view, it makes no sense to support the semiconductor industry with tens of billions on the one hand and to drive the data centers with the highest electricity costs in Europe out of the country on the other.” However, the data center operators see Germany when it comes to the aspects of data protection, connection to Internet nodes and reliability of the power supply good to very good.

“The new federal government must now lay the foundations for a competitive data center location in order to decisively advance the transformation towards a climate-neutral society,” emphasizes Bitkom CEO Dr. Bernhard Rohleder. “The demand for data center capacities and locations is increasing significantly as a result of digitization. Simplified, accelerated and digitized approval processes are necessary – in order to meet the increasing demand, but also to convert and operate the data centers in a climate-neutral manner”. 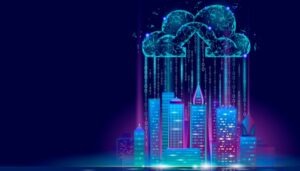 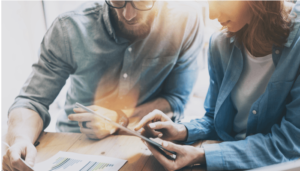