The Korg NTS-1 or Moog Werkstatt-01 articles didn’t address the fact that there’s more to synthesizers than East Coast-style subtractive synthesis. Instead, there are different ways that synthesizers can create new sounds. Many synthesizers implement a subset of these variants. Here is a selection of the most important. A well-explanatory video on the types of synthesis mentioned can be found on YouTube.

– sometimes also called East Cost Synthesis because it was developed by Robert Moog on the US East Coast: This is probably the most popular and original form of sound generation, as it existed before Moog, for example for organs and electric pianos. Starting with a waveform such as a square or sawtooth shape, which the synthesizer generates via an oscillator (VCO = Voltage Controlled Oscillator or DCO = Digitally Controlled Oscillator), frequencies can be cut out via a (cutoff) filter . The next component that comes into play is an amplifier. This amplifier can be modulated via a low-frequency LFO (Low Frequency Oscillator), which creates interesting sound effects.

An envelope generator takes care of additional parameters of the generated sound such as attack, decay, sustain, release, which have an effect, for example, when a key is pressed:

Incidentally, the envelope generator does not necessarily have to refer to the volume, but can also influence other parameters. With (semi-)modular synthesizers it is possible to connect the LFO to any parameter via patch cables or a modulation matrix. That opens the door to experimentation.

Here, DCOs (= Digitally Controlled Oscillators) generate waveforms that are divided into carriers and modulators. Algorithms combine carrier and modulator into a new waveform. In the simplest case, there are two oscillators (=operators), one of which modulates the other. In the complex case, several modulators modulate a carrier. Earlier FM synthesizers were very complex to program, which is why their users often preferred presets. More modern FM synthesizers have greatly simplified operation by adding more controls.

work with given audio recordings that can be edited digitally, for example by shifting pitches, filtering out certain parts or “looping” the sound fragments.

In the simplest form of wavetable synthesis, the user can simply select the desired waveform from what is called a wavetable. With wave morphing, on the other hand, the user specifies a wave table or waveforms. The synthesizer then gradually interpolates the transition from one waveform to the next, allowing for interesting dynamic sound structures. The predefined waveform tables (wavetables) can usually be supplemented by the musician with his own tables. Corresponding editors or wavetable editors exist for this purpose. As a result, the musician remains in control of the sound diversity of his synthesizer.

allow the specification of (usually four) different waveforms. Using a control element such as a joystick, musicians can switch between these waveforms at will. The changes are abrupt and not interpolated.

A keynote acts as the basis here, on which further harmonic elements (waveforms) are placed. The user can set which parts should get more or less attention. This type of synthesis makes it easy to create certain sounds incrementally.

In spectral synthesis, an incoming sound is broken down into spectral bands. By more or less emphasizing the individual spectral bands, musicians can add or subtractively shape the desired sound.

includes the simulation of desired sounds, such as generating the sounds of string instruments, guitars, organs, … DSPs (digital sound processors) act as the basis for the creation of certain sounds. A distinction is made between exciter (e.g. a piano key), resonance body (e.g. the body of the piano) and the position and way in which the exciter stimulates the resonance body (e.g. which key was pressed and how).

The synthesizer breaks down a given sound into its smallest microscopic components, the so-called grants. These grants can be changed, looped or repositioned. This makes it possible to create completely new sound worlds.

vtakes a more additive approach. A basic sound is generated via an oscillator. A waveshaper (or wavefolder) applies a mathematical function and creates a new wave function. The resulting waveforms and timbres can be filtered through low-pass gates, which are a mixture of a filter and an amplifier. So-called functions form the counterpart to an ADSR envelope generator, but are far more flexible. If you want to get into West Coast synthesis on a budget, you can do so with the semi-modular synthesizer KORG volca modular, which retails for around 160 euros. The more precise differences between East Coast and West Coast synthesis and their properties can be read here, for example.

If the user had to make all the settings for a specific sound every time, she would have to memorize these settings (= presets) on notes. Therefore, synthesizers have memory banks to store predefined and user-defined presets. These presets can be called up via the user interface, which makes work significantly easier. Another advantage is that a market for preset collections for various synthesizers has now established itself. On (semi)-modular synthesizers, the musician can configure the signal path according to his own ideas via patch cables or modulation matrices. The former patches must of course be done manually, while the latter are part of the storable preset.

Since it would be prohibitively expensive for a hobbyist to cover all of the above synthesis variants with hardware, it makes sense to work with virtual instruments. There are software synthesizers for all price segments from free to extremely expensive, and for all device classes from desktop to smartphone. Corresponding plugins (VST, AU, AAX) are also available for integration into commercial DAWs and also into free DAWs such as Garageband (Mac, iOS, iPadOS), Ardor (Linux) or Cakewalk (Windows). Free products are not only sufficient for the first explorations, especially since they sometimes offer amazing performance and functions. 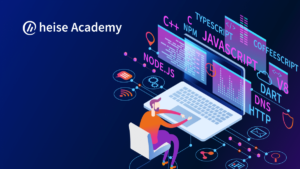 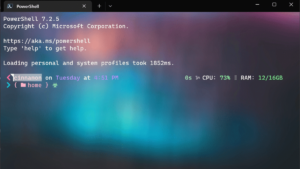