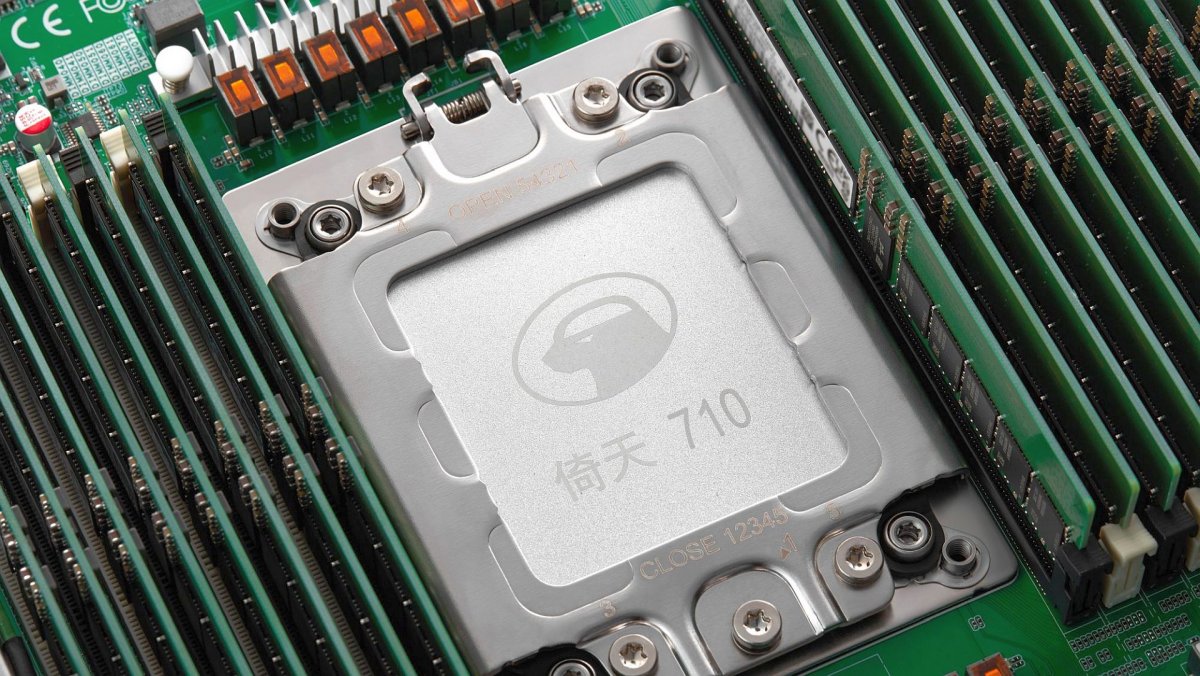 Just as the cloud industry leader Amazon AWS has developed its own ARM processor Graviton, so does the Chinese competitor Alibaba Cloud with the Yitian. The first version of the Yitian 710 with 128 ARMv9 cores can already be booked in server instances at Alibaba Cloud and shows exceptionally good results in the established SPECrate_2017_int_base benchmark. This benchmark measures the computing power of servers or processors when all CPU cores process a series of integer (integer) tasks together.

A single Yitian 710 beats the current competition from AMD (Epyc 7003 Milan), Intel (Xeon SP Gen 3 Ice Lake) and IBM (Power10) with 510 points in the “Base” result. The “Base” or “Baseline” results come from measurements with less highly optimized code than the “Peak” values.

Alibaba has the Yitian 710 manufactured with 5-nanometer structures, presumably at TSMC. According to the press release from October 2021, the Yitian 710 should achieve clock frequencies of up to 3.2 GHz, but Alibaba now mentions 2.75 GHz on the SPEC website and in the cloud offer.

The Yitian 710 controls DDR5 RAM in eight channels, has 96 PCIe 5.0 lanes and is used in servers of the “Panjiu” series with one or two CPU sockets.

Thanks to its 128 cores, the Yitian 710 overtakes the 64-core x86 processor AMD Epyc 7773X and delivers 16 percent higher integer throughput.

The lead over the 80-core ARMv8 chip Ampere Altra Q80 is almost 70 percent, but the Yitian 710 also has 60 percent more cores. The Ampere Altra Max with 128 cores should therefore be close to the Yitian 710, but there are no results to be found on spec.org (yet?) in the SPECrate_2017_int_base. Unfortunately, by the way, not for the different Graviton generations from Amazon either.

Intel’s still current Xeon SP generation “Ice Lake” is far behind in terms of integer throughput, but it also has far fewer cores per CPU.

The IBM POWER10 has around 300 points per 24-core chip; so far only results for POWER10 machines with four and eight processors can be found on spec.org.

Alibaba has not released floating point rate (SPECrate_2017_fp_base) results for the Yitian 710. These are also not particularly important for typical general purpose cloud servers. However, the 36-core Xeon Platinum 8351N can overtake the 80-core Ampere Altra at Floating Point (226 to 214 points). The AMD Epyc 7773X is also faster here with 374 points.