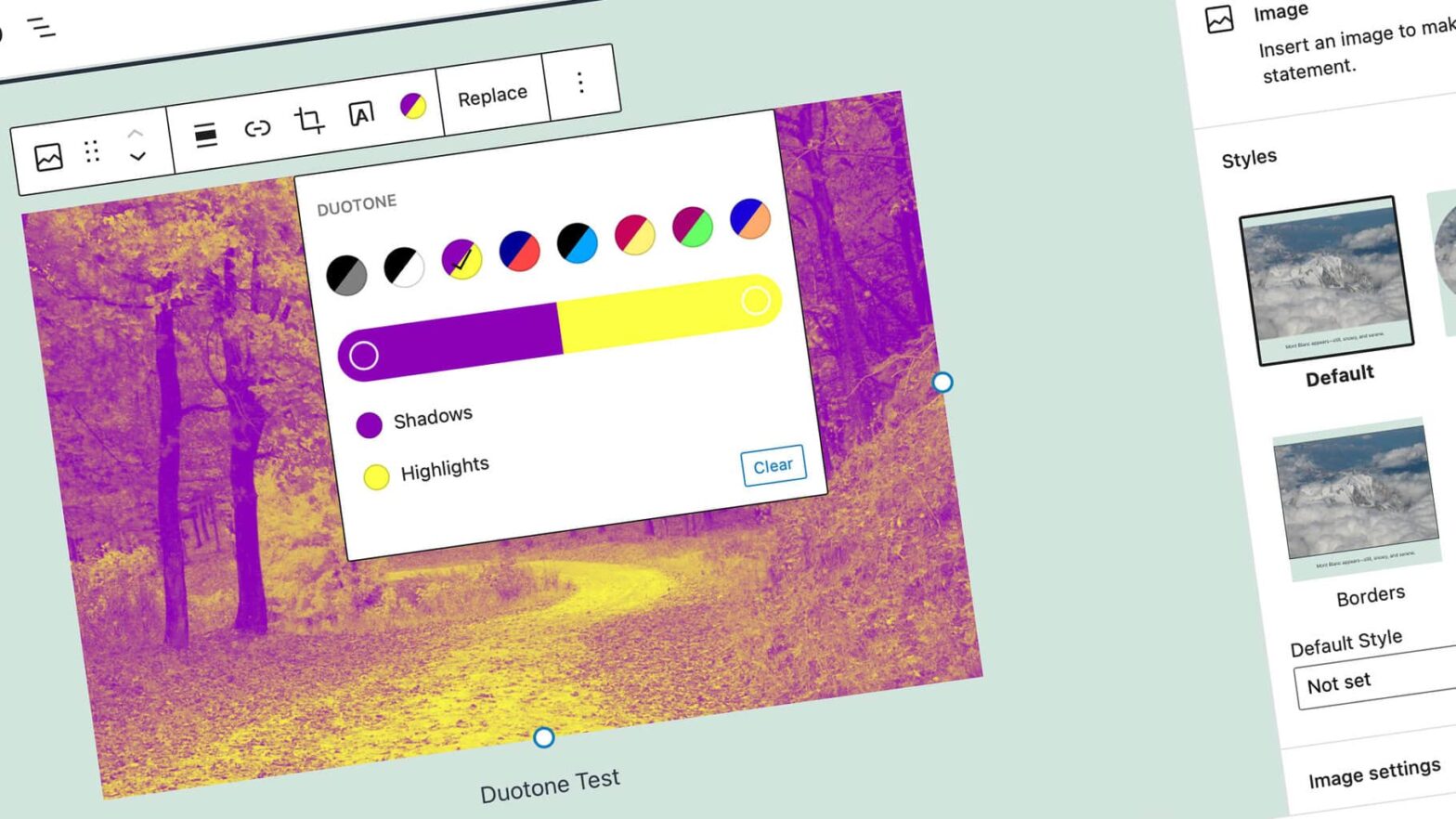 WordPress 5.8 is the second of four planned major updates for WordPress in 2021. Before the release, we took a look at the beta of the new WordPress version, which was officially released on July 20, 2021 under the name “Tatum”. What can you expect in WordPress 5.8? What should you prepare yourself for? And what about the long-awaited Full Site Editing? An overview.

One of the biggest and most visible changes in WordPress 5.8 will be that you will be able to use blocks from Gutenberg in the sidebar or in the footer instead of widgets. WordPress is thus following the long-term plan of being able to build the entire WordPress website – i.e. not just articles or pages – with blocks (full site editing).

If you click on the “Widgets” area in WordPress 5.8, you will now see a view that is more reminiscent of the Gutenberg editor when writing a new blog post. The individual widget areas of your WordPress theme can be selected via a drop-down menu. For example, the sidebar, the footer, possibly also the header, etc.

The new block widgets in WordPress

There you can insert blocks and edit them the way you want them to appear on your page. An example: This also includes the fact that you can individually activate or deactivate the WordPress Dark Mode, which was added in WP 5.6, per widget block. All previous or classic WordPress widgets should continue to work normally.

By the way, there is also an official WordPress plugin for the widget area, which reverses this very serious change. Classic Widgets ensures that you see the familiar widget view again. It will be supported until at least 2022. We already know this from the Classic Editor, which shows the editor in the familiar view despite Gutenberg and is intended to help appease Gutenberg opponents in the WordPress cosmos.

In addition to the completely revised widget screen, there are also completely new blocks in WordPress 5.8. These include blocks for sidebars, site title, site description, logo, and a new query loop block that allows a list of posts to be displayed in multiple ways.

Also new is a so-called duotone block, with which you can use image effects in media blocks or blocks from third-party providers that support this. In WordPress 5.8, when you edit an image in a WordPress block, you see a small circular icon in the block editor.

Here you can select the two shades you want to edit your image with. In addition to eight predefined styles, you can also select the so-called highlights and shadows colors yourself. Depending on the image and color selection, this can result in interesting variants of your image. Those who work a lot with pictures can express themselves creatively here. By the way: PDFs can also be inserted with the file block in the future.

The blocks for the title, description and logo of a page in particular show you how WordPress is constantly pushing full site editing. The voices of those who still hope for a reversal of the course Gutenberg has taken should therefore become even quieter with WordPress 5.8.

Of course, WordPress 5.8 also worked on the user-friendliness of the blocks again. Interaction with nested blocks should be simplified with the use of a permanent toolbar button to select the parent block, the introduction of a list view should help in navigating complex blocks and templates and the editor for reusable blocks has been improved and supports it revisions.

In addition, WordPress is also further developing the block templates. These can now also be displayed as a selection when inserting a block. In addition, with WordPress 5.8 there are also significantly more options to customize the design of the blocks. WordPress mainly mentions more settings for colors, fonts and spacing.

Microsoft announced at the end of May 2021 that it would retire Internet Explorer 2022 and end support for the browser. Instead, Microsoft intends to continue concentrating on the Chrome-based Microsoft Edge browser in the future.

WordPress is doing the same as Microsoft with WordPress 5.8 and will no longer optimize the new version and all further versions for Internet Explorer 11. We recommend taking a look at an analysis tool of your choice to find out which browser your visitors are using to access your website.

With Google Analytics, for example, you can do this under Target group -> Technology -> Browser and operating system. If the proportion of users with Internet Explorer is still relatively high, which depends on your target groups, then you should test intensively before updating to WordPress 5.8 whether everything is still running smoothly after the update.

In most cases, however, the proportion should already be very low – and due to the end of Microsoft support for Internet Explorer, it should continue to decrease over the coming months.

The editor’s performance has also been improved with Gutenberg 10.8 and WordPress 5.8. WordPress emphasizes this in the respective blog posts on both developments.

A test article, which the team of developers equipped with 36,000 words and 1,000 blocks, should make this clear. This is a disproportionately large file (for comparison: a normally formatted DIN A4 page has around 400 words). However, the test helps to make differences in performance clearly visible.

And there are: from Gutenberg 10.7 to Gutenberg 10.8, the loading time of the editor drops by almost a second from 6.75 seconds to 5.78 seconds. Anyone who has ever edited an extremely large text file in WordPress will appreciate this extra performance.

Of course, these are just the main changes that the WordPress team also puts in the foreground during development. However, as in every update, there are also many small changes that are not obvious at first glance.

For example, Twemoji, Twitter’s open source emoji database, has been updated to version 13.1, giving you more emoji to use. The menu when publishing articles has been adjusted and is now more understandable. And there is a support of the image format WebP.

The revised menu for publishing

There are also new opportunities for WordPress developers, for example:

If you are interested in all the changes in detail, you can also read about them on WordPress.org. Here you can find the article on WordPress 5.8 Beta 1, here on Beta 2.

Schedule: When is WordPress 5.8 coming?

The exact timeline for developing a new WordPress version can always be found in the Development Cycle. Work on WordPress 5.8 had started on February 23rd, the three beta versions were planned in weekly cycles for June 8th, June 15th and June 22nd. Then there were three release candidates – also at weekly intervals – from June 29th to July 13th. The final release then took place as planned on July 20, 2021.

By the way: There will be two more major updates in 2021: WordPress 5.9 will be available in September 2021 and WordPress 6.0 will follow in December 2021. At least that’s the current plan.

Conclusion: What to think of WordPress 5.8?

There are few spectacular surprises in WordPress 5.8. It has long been known that WordPress is slowly but surely rolling out its Gutenberg editor site-wide and is “blocking” more and more areas of WordPress. In WordPress 5.8 the widgets had to serve. Opinions are divided on this development, Gutenberg has enough fans and critics.

Otherwise, the new blocks are not particularly spectacular. The duotone block for editing effects on images is a nice gimmick. And the Query Loop block opens up new possibilities when displaying articles. Even more interesting is the end of Internet Explorer 11 support, since there are probably still some websites that may experience (at least a few minor) problems as a result.

All in all, the new WordPress 5.8 is not a revolution, but a further evolution of the most popular content management system. We can be curious to see how full site editing will develop with versions 5.9 and 6.0. We will find out in September and December 2021.

Your questions about WordPress 5.8

What questions about WordPress 5.8 do you have? Feel free to use the comment function. You want to be informed about new posts about WordPress and WooCommerce? Then follow us on Twitter, Facebook, LinkedIn or via our newsletter. 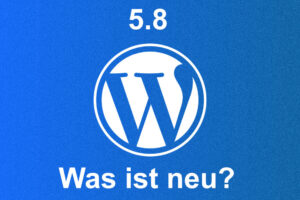 Previous post WordPress Update, Version 5.8 – All important information for you