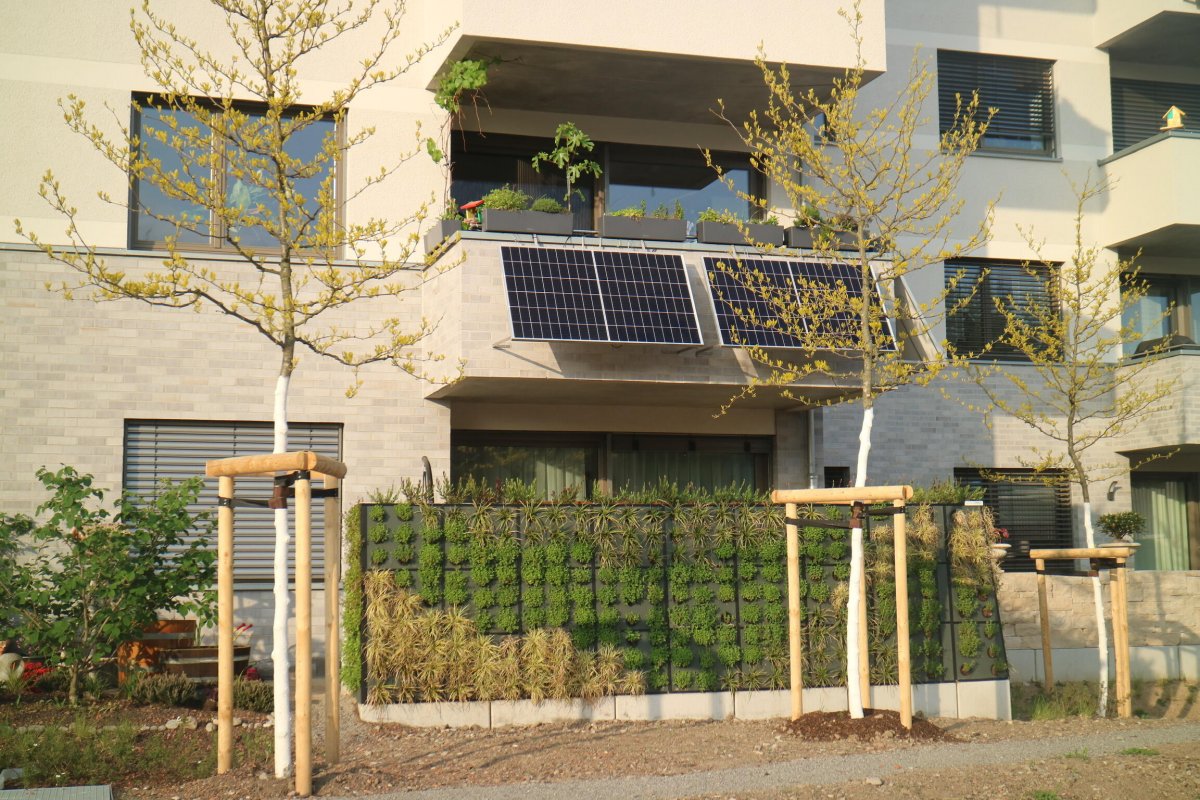 As an electrotechnical layman – that is anyone who is not a certified electrician or expert – you handle electrical consumers in different power classes almost every day. Sometimes a few watts like the mobile phone charger, sometimes 2000 or 3000 watts from kettles, fryers and hotplates. As long as the devices are not unscrewed or modified, even if you are electrotechnically illiterate, you can plug the plug into the socket that conforms to the VDE standard, switch the device on and off again without having to fill out a form.

The situation is completely different when a device feeds energy into the power grid via the same Schuko plug instead of drawing it – like the balcony power plants that we recently presented in detail do. The inverters are also available with Schuko plugs, these are fed by photovoltaic modules on which the sun shines. The small inverters could be called “mobile small electrical devices with negative consumption” and naively assume that you can simply plug them in like devices with positive consumption. The energy that your own balcony power plant feeds into the domestic power grid no longer has to be bought from the electricity provider at high cost – this saves money as a power plant operator.

But it’s not that simple in Germany: From a legal point of view, inverters are not “negative small consumers”, but energy production systems and as such they have to be registered with the grid operator and connected according to the so-called technical connection conditions of the grid operator. The fact that balcony power plants exist at all is due to an exception for power generation systems up to 600 watts: Simplified conditions apply for which the operator can register them himself, using a simplified form. Large systems, on the other hand, may only be registered by a specialist electrical company approved by the network operator. From a legal point of view, the network operators may also use the small systems exist and require that the system is connected in accordance with the applicable standard.

The direct result: In many places, on the registration forms, you have to assure that you have connected the inverter to a separately supplied power socket (from the manufacturer Wieland) and not to an ordinary Schuko socket. The standardization committee of the VDE has been arguing about the sense and nonsense of this requirement for years and the question is far from settled – currently only the Wieland socket meets the standard.

The fact that the grid operators often remain firm here brings them harsh criticism: According to the critics, they have no interest in decentralized energy production because they would lose income if every household were to generate part of the electricity itself. After all, it doesn’t matter what type of socket is installed at the electricity customer’s when it comes to grid stability. The indirect consequence: At the latest since the energy price increases at the beginning of 2022, the number of people who do not register with the network operator and connect the system via Schuko, contrary to the standard, has been growing. According to a study by the University of Applied Sciences (HTW) Berlin, this is more than half of all operators.

This has created a problematic situation: political will and reality are moving in different directions. At all levels, from Brussels to Berlin to almost every municipal council, the declared goal is: Away from fossil fuels and towards renewable sources – every household that generates its own electricity during the day with a balcony power plant is helping in view of the current situation. There are even local subsidy programs that support the purchase of the systems, which cost around 800 euros.

The sponsors of balcony power plants include Braunschweig in Lower Saxony and Freiburg in Baden-Württemberg. In Braunschweig it was 400 euros if you installed a 600-watt system. But the program had several snags: In the application, you had to assure that you had connected the power plant via a separately supplied power socket and you also had to submit an electrician’s bill. And then the 400 euros are suddenly not a lot of money: If there isn’t already a direct connection between the balcony socket and the fuse box, an electrician has to lay a new cable across the apartment – provided the landlord has given his consent. But there is another piece of bad news for Braunschweigers: According to the city administration’s website, the responsible authority is still piling up 500 unprocessed applications, which is why the program is temporarily suspended.

It’s different in Freiburg: There’s a flat fee of 200 euros if you apply. All you have to do is tick that you have complied with VDE standards and that a Wieland plug is available. According to the form, a photo of a Wieland socket is sufficient as proof; an invoice from a specialist electrical company is not necessary. The demand in the city of Freiburg, which has a population of 230,000, is not quite as high as in Braunschweig: At the end of June 2022, the city replied to a request from the Green Party that only 204 households had claimed this subsidy since 2019.

The Greens also wanted to find out from the city whether there were any opportunities to remove the second major hurdle – at least for tenants of the municipal “Freiburger Stadtbau GmbH”. Because the landlord always has to agree to an installation on the balcony railing. However, the city squirmed away from the question of whether the systems could generally be allowed for Stadtbau tenants: “Due to the age groups and the associated different technical equipment in the housing stock of Freiburger Stadtbau GmbH, no general consent to the installation of a mini PV facility to be granted.” Instead, they rely on individual coordination and conclude an additional contract with each operator in addition to the existing lease.

We asked two landlords, by way of example, similar questions to those of the Greens in Freiburg – namely the heavyweights Vonovia and Deutsche Wohnen. We wanted to know from both companies whether they generally support their tenants’ balcony power plants, and perhaps even generally allow them, provided that the local conditions allow it. The first part of Deutsche Wohnen’s response was surprising: According to this, they had only received a single inquiry on the subject from around 150,000 households in their own portfolio. In view of the 20,000 systems in Germany reported to the Federal Network Agency alone, that seems very little. Basically, Deutsche Wohnen refers to other climate protection projects of the company, but they are “open to smaller alternative possibilities”. In general, the systems cannot be approved simply because every fifth building in the existing building is listed. Last but not least comes the argument that our editors often received in reports from readers. Deutsche Wohnen writes: “Last but not least, every extension also has an impact on the external appearance of a building, a circumstance in which one must also keep an eye on the overall occupancy of a house.”

Vonovia also initially refers to its own photovoltaic projects on the roofs and plans for tenant electricity, but also recognizes the point of balcony power plants: “We therefore have to generate as much green electricity as possible in a decentralized manner. These modules can also play a role in this.” When asked whether tenants are allowed to install such modules without consultation, the Vonovia spokeswoman is surprisingly clear: “Where no interventions on the building are necessary and a compliant installation (FI switch, plug contact, glare effect) can be ensured, our Tenants have the option of installing these technologies on/on their balcony, for example. Our tenants are not allowed to carry out any structural work on the building.” We have linked Vonovia’s full response if you are interested in the Group’s positions in detail.

One should not underestimate the question of fastening as a balcony power plant beginner. It’s not just simply screwing on the railing. We already have tips for installation in [1] given. It would be cheaper and, because of the installation angle, more efficient to make small roof systems out of the balcony power plants. So let’s do a little thought experiment: Suppose you had two 300-watt modules per apartment and two more for the general electricity installed in an apartment building by a specialist company. Then you could connect the microinverters for every two modules between the meter and the apartment and thus significantly reduce the costs for each installed 600-watt system. In this way, neither balcony brackets nor balcony sockets would be needed. So far we are not aware of any buildings in which this thought experiment has already been implemented – but we are happy to receive feedback and further pragmatic ideas. So far, the tenant flow, which is not entirely trivial in terms of tax law and metering, has been the method of choice for such scenarios. The owner of the apartment building builds a large system on the roof and acts as an electricity supplier to his tenants, but then also has the risk of payment difficulties and the administrative work of reading and billing.

Balcony power plants alone will not save the world. The 600 watts per household, which seems measly compared to large systems and power plants, make a sensible contribution to the energy transition.

The fact that there are still such high hurdles for small power plants understandably frustrates many interested parties – and it is difficult to formulate concrete demands on “politics” to remove the hurdles. The mixture of landlords, VDE, network operators and municipalities, which often own the local public utilities, is not easy to unravel.

In c’t 16/2022 we explain how data dealers screen you while surfing, process your data and turn it into money. You will learn how to defend yourself against tracking and protect your privacy. In addition to USB sticks and SSDs up to 1 TB, A3 multifunction printers and the new MacBook Pro 13″ with M2 CPU also hold their ground on the test bench. We also present a number of useful tools for security research. 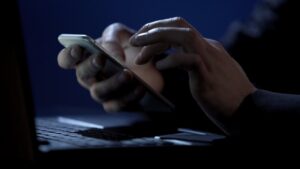 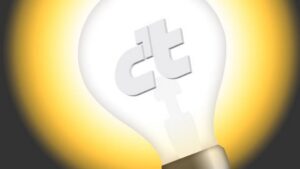